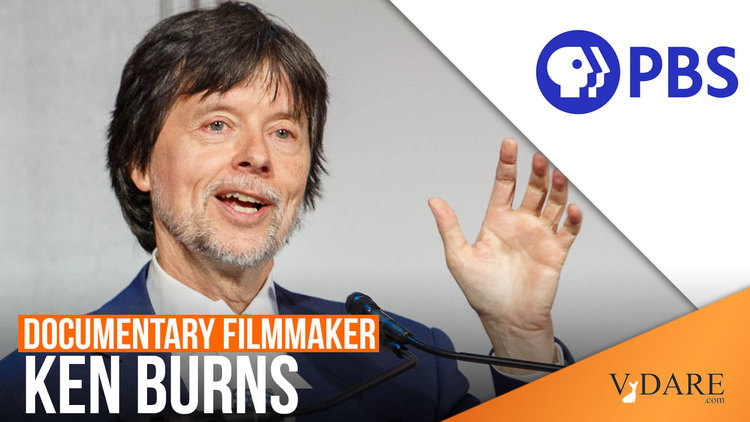 "The Unbearable Whiteness of Ken Burns"

Over on Taki's Magazine, my Wednesday column is up about the upcoming PBS documentary by Ken Burns, who created the superb The Civil War in 1990:

The publicity machine is now gearing up for documentarian Ken Burns’s twelve-hour extravaganza, The National Parks: America’s Best Idea, which will run for six straight nights on PBS starting September 27.

This being a Ken Burns series, the predominant theme of The National Parks will be “diversity.” So, if you go camping in a national park this month, check out the diversity of your fellow visitors. You’ll likely notice tourists from all over the world, including busloads of punctual Germans and amenable Japanese.

But, foreign tourists aren’t the right kind of diversity for Burns.

Although Burns has spent his career explaining stuff, he’s never quite figured himself out. That’s why, judging from his documentary’s preview materials, The National Parks is shaping up, after six years of work, as Ken Burns’ Worst Idea.

Please read it there and comment about it here.