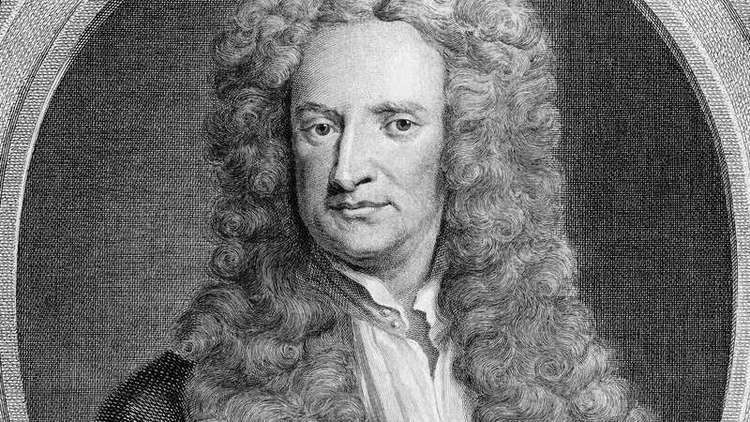 Isaac Newton, notwithstanding his modest explanation that he had merely seen farther than others because he had stood on the shoulders of giants, was a genius, and nowhere was this more evident than in his celebrated discovery of the Law of Universal Gravitation. Taking the voluminous and befuddling data that had been accumulated by his predecessors—giants or those of normal height, notably the data of the celebrated German astronomer Johannes Kepler—Newton compressed everything into a simple formula that an Algebra I student could understand.

(For those who love the details, the formula is F=G×m1m2/r2 , where F is the attractive force between two bodies, G is the Universal Gravitational Constant, m1 and m2 are the masses of the two bodies, and r is the distance between them. But if you've forgotten your algebra, don't stay up trying to remember it. This is not a mathematical treatise, and Newton's work is not a prerequisite to what I am about to say.)

In finding his law of gravitation, Newton used his superlative power of generalization, his ability to move from the particular to the general, to see in separate occurrences an overall pattern. And in doing so he explained celestial riddles that had plagued philosophers since the time of the ancients.

A more prosaic example is that of the auto mechanic. An experienced mechanic knows from his observations that, if a car won't start, the first suspicion is a dead battery. He couples his wits with his experience and makes a generalization which aids him in his work. He checks the battery before he decides to change the starter motor.

Generalizations are a staple in the medical field. The nurse at the triage desk knows what pain in the left arm, combined with shortness of breath and nausea, means, and she will dispatch the patient to the cardiac section without taking the time to ask him for his insurance card.

Police, too, use the skill of generalization. With a map showing where crimes have been committed plotted on it, they spot high-crime areas and assign more officers to patrol those regions.

There are situations when an ability to generalize can help a person to avoid danger. Who can forget the oft-repeated example of Jesse Jackson, who once explained how, if he heard footsteps closing on him from behind in a dark night, he would be relieved to turn and see that those approaching were white. The implication is that if he didn't like what he saw he would take defensive action: he would speed up, turn onto a side street, hail a taxi, or do whatever came to mind.

Everyone, I believe, will applaud Newton, and the auto mechanic, and the triage nurse, and at least sympathize with Jesse Jackson. Or with President Obama, who recounted a similar experience in Dreams For My Father. We commend them for their intelligence, and for their roles in establishing and maintaining the society we all enjoy.

But the police? Well, now, that's an entirely different story. They can expect few commendations, because, you see, they are not generalizing, oh, no. They are profiling!

If crime were spread uniformly across the police jurisdiction, there would be no need for a crime map. But that is not the case. Too frequently the marks on the map will not look like grains of chicken feed broadcast across the ground, but like clusters of eggs in discrete nests. And, surprising to no one, these clusters will often lie in neighborhoods with a high proportion of minority citizens. Stripped of euphemisms, this means that black neighborhoods tend to have high crime rates.

Here political correctness injects its deadening toxin. The "leaders" of the people who are most in need of increased police protection object to its implementation as being "racist," and frequently succeed in stopping its implementation.

But as cockamamie as this is, it's not the worst example of how political correctness impedes law enforcement. The hobbling of law officers is nowhere stronger than in our dealing with the law breakers we call illegal aliens.

You doubtless have heard of Arizona Governor Jan Brewer and her struggle with the immigration law she has signed. All hell has broken loose as a mob of objectors have sought to brand her new law "profiling," and it is over that one word that the battle rages.  On one side we have Limbaugh, Hannity, et al saying that no, it's not profiling, and on the other the advocates of open borders saying yes, it is.

The battle is desperate—with both sides, even those who advocate curbing illegal immigration—explaining how abhorrent and un-American, even Nazi-like ("Zee papers, pleaze!"), profiling is. When open-borders proponents succeed in injecting race or culture into the national argument, the most ardent opponents of illegal immigration draw back in horror.

This is a spillover from the Civil Rights Era. Today if there is a bank robbery, and the robber has been caught, the media will say no word regarding his race. On the other hand, if he is a fugitive, the newspaper and TV will give a description: his gender, height, weight, how he is dressed, the characteristics of his speech, and—reluctantly, since it's unavoidable, his race.

Now, the bank robbers loose among us are relatively few compared to another group of lawbreakers. I mean, of course, the millions of illegal aliens that have invaded the country. If we are at all serious about enforcing our immigration laws, and sooner or later we must be, why should we deny ourselves the great intellectual tool of generalization used by Newton, the auto mechanic, and the triage nurse?

Oh, but it's not fair some will say. Not fair to whom?

In fact the greatest unfairness would be in allowing the political-correctness terrorists to intimidate us such that we fail in our duty to protect our country. If we continue on our present track America, for all the reasons we know about, will shortly be only a thin vestige of its former self. This would be manifestly unfair to our forebears who worked, fought, and died to build this, the greatest country in history, and have placed in our hands the sacred trust to preserve it and pass it to our progeny.

Nor would it be fair to that progeny, to our children and grandchildren, and to those who come after them. It would be unforgiveable if our generation squanders the marvelous things that have been our inheritance, bequeathed to us free, and especially indefensible should we give up without a fight, daunted and cowering in fear of being called names.

I was pulled over the other day by a policeman. He asked to see my driver's license, explained that one of the decals on my license plate had washed out, and told me to get a new one.  The officer wrote me no ticket, I went down and got the new decal, and that was that. The incident was an interruption to my schedule, and a mild irritation, but it was nothing to justify a screaming fit.

So suppose a person is stopped and asked to prove that he is in the country legally. Two results are possible. He may be illegal and should be dealt with according to our laws. On the other hand, he may be perfectly legal and will be sent on his way. In the latter instance his inconvenience would be no more than mine was.  So why should there be an uproar?

Further, how much difference should it make how he has come to the attention of the inquiring officer—whether as the result of a traffic stop, or on the basis of a generalization made by the officer?

Many illegal residents can be easily spotted by the work they are performing, by their physical characteristics, their dress, and their degree of English proficiency. Why deny those charged with enforcing our laws the benefit of using their wits, as Newton did, as the auto mechanic does, as the triage nurse does, to better perform their duties?

By disallowing the legitimate use of our human intelligence in combating the most critical battle of our time, we cripple our ability to defend and preserve our country.

How stupid can we be?

Hugh McInnish [email him] is a consulting engineer and publisher of supressednews.com.