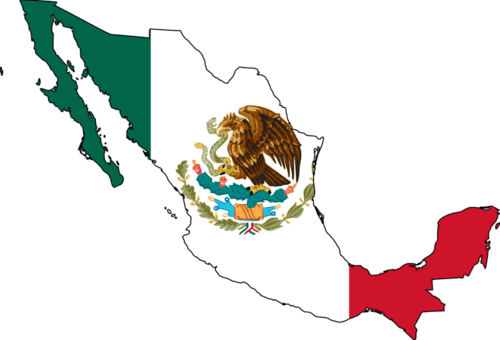 Mexican Media Memo: Rape As A “Family Value”, Mexico’s Most Violent State, And A (Mexican) Indian Gets Dropped From University

I just returned from our family’s annual summer visit to Mexico. It always provides some useful insights into the reality of life in that country.

For example, my elder son David, who already has his learner´s permit, did some of the driving (quite an experience for us). After returning home, he remarked it’s much easier to drive here, as the lines dividing lanes in Mexico aren’t always clear. (It could be worse— after our trip to Cuba last summer, my Mexican wife concluded that Cubans are worse drivers than Mexicans!)

We also had some work done on the car while in Mexico. It’s far cheaper than having it done in the United States because of the low cost of labor—a vivid illustration of how illegal aliens can earn sub-minimum wages without employer benefits in the U.S. and still be making more than in Mexico.

Yet to me what was most fascinating were the headlines in the Mexican media.

As you might expect, there’s a continuing frenzy over Donald Trump and the escape of the drug lord “El Chapo.” Yet other headlines in Mexico suggest tacitly that Trump only scratched the surface about the country’s problems. After all, it was the Mexican media that originally turned me into an immigration restrictionist.

In the northern Mexican state of Durango (birthplace of Pancho Villa):

[R]apes are not reported because 70 percent of them are committed by close family members such as fathers, brothers and uncles.

Remember George W. Bush’s slogan about how “family values don’t stop at the Rio Grande”? For Durango rapists, rape is a family value. Are we supposed to believe such men would never victimize Americans? 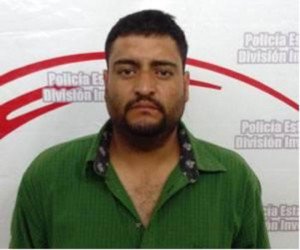 The same day as this report, a Durango man (pictured) who allegedly raped his six-year old niece was apprehended [Detienen a una duranguense que violo a su sobrina de 6 anos, El Siglo, July 11, 2015]. The authorities were on this particular case for five years—but as the previous article indicates, many of these rapes are never even reported.

Mexico has a problem with rape. The huge population of Mexican illegals includes many rapists. Trump was right. Anyone who denies this is either ignorant or lying.

A multinational think tank with a Mexican office, Instituto para la Economía y la Paz (Institute for the Economy and Peace) known as IEP, has calculated that the state of Guerrero is Mexico’s most violent state [Guerrero, el estado más violento del país: IEP (“Guerrero, the country’s most violent state: IEP”), by Vania Pigeonutt, el Universal, July 16, 2015]. Coincidentally, the name Guerrero itself means “warrior,” as the state was named for a Mexican independence leader with that surname.

And there’s a California connection. Nearly a million people in southern California have their roots in Guerrero state.

Will future emigration and amnesties bring more Guerrero-style violence north of the border? Was Trump so wrong to connect illegal immigration with the danger of crime?

We’re often lectured that Mexicans and other Latin Americans don’t care about race like those racist Anglo-Americans. After all, isn’t Latin America racially mixed?

The embarrassing truth: despite such mixing, Latin Americans are obsessed with race. They have their own racial hang-ups and hierarchy, with Euro-Latins generally positioned on top.

Though Mexico glorifies the legacy of the Aztecs from 500 years ago, actual Mexican Indians living today have little prestige and remain at the bottom of the socioeconomic totem pole.

A student was presumably discriminated against for his ethnic origin and supposedly dropped from his university in Chiapas….

“Don’t forget that you’re an Indian,” is what the academic secretary of the University of Sciences and Arts of Chiapas said to Floriberto, after scolding him, to make it clear that he had been dropped from the dentistry program, and with that the end of his dream of having a license (to practice that profession) to advance in life.

Floriberto was a native speaker of Tzeltal, a Mayan language spoken in Chiapas who sold seeds and worked in the university cafeteria to make ends meet. Floriberto had made it through the educational system in Chiapas without being able to speak Spanish well, which of course is a prerequisite to work outside his home area.

Actually, the university had made an attempt to work with Floriberto, allowing him to temporarily withdraw from classes until he improved his Spanish.

But the university cafeteria didn’t pay him for his work on time, for which he lodged a formal complaint, and the university wound up dropping him as a student.

There was a happy ending (for Floriberto). A petition gathered 93,000 signatures, the Mexican anti-discrimination bureau Conapred intervened, and Floriberto was allowed to re-enroll in the university. He even gets an academic tutor. The university also plans to do more for indigenous and poor students. [Indígena es reinscrito en Universidad de Chiapas tras denuncia abuso, by Mariana Franco, Informador.mx, July 23, 2015]

Floriberto spoke about the incident on YouTube, both in Tzeltal and Spanish. I didn’t actually find Floriberto difficult to understand in Spanish. And perhaps this case was more complicated than the simplistic Narrative presented.

However, what is undeniable is the existence of racial and cultural tensions within Mexico. When we import millions of Mexican immigrants, we import a whole new set of racial problems, to add to our already formidable homegrown difficulties.

The Mexican government’s number-crunchers at INEGI (Instituto Nacional de Estadística y Geografia – National Institute of Statistics and Geography) have done calculations on the state of indigenous languages in Chiapas. These languages are still very strong and are actually increasing, not decreasing, in numbers of speakers.

As of 2010, Floriberto’s native language Tzeltal had 461,236 speakers, and there are other indigenous tongues. According to INEGI,

In Chiapas, there are 1,141,499 people over the age of 5 who speak an indigenous language, which represents 27% of the state.

And, some Chiapas Indians don’t even speak Spanish.

Of each 100 persons who claimed to speak an indigenous language, 14 do not speak Spanish.

I wish these people the best. But is importing an entirely new linguistic problem to the United States the best strategy? As Steve Sailer has suggested, if some Mexican Indian groups haven’t assimilated to Conquistador Spanish culture after 500 years, why would they assimilate to Anglo-America?

In fact, there already are Mexican Indians who don’t speak Spanish residing in the United States.

I’ll be visiting Mexico for the rest of my life. But Trump has a point. Mexico is a deeply troubled country with its own set of problems and challenges. There’s no reason to hurt our own people by bringing those problems here.

Moral: time for an immigration shutdown.