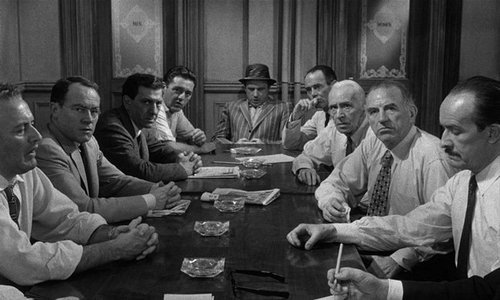 Back in 2010 I wondered/blogged: is there a such thing as white guilt jury nullification?

By that I meant: if a criminal jury is composed mostly of whites — but with one or two blacks—is there a tendency for them to acquit a black defendant because they're afraid of looking "racist" in front of that one or two blacks?

I concluded: "if anyone's got statistical or anecdotal evidence to support my theory, I'd love to hear it."

The evidence is now in.

I have been proven right.

Shamena Anwar, Patrick Bayer and Randi Hjalmarsson, in a paper titled The Impact of Jury Race in Criminal Trials, show that having just one black person in the pool—that is, the larger group of people from whom jurors are picked—leads to fewer convictions.

"What the authors discover is that all white juries are 16% more likely to convict black defendants than white defendants but the presence of just a single black person in the jury pool equalizes conviction rates by race. The effect is large and remarkably it occurs even when the black person is not picked for the jury. The latter may not seem possible but the authors develop an elegant model of voir dire that shows how using up a veto on a black member of the pool shifts the characteristics of remaining pool members from which the lawyers must pick; that is, a diverse jury pool can make for a more “ideologically” balanced jury even when the jury is not racially balanced."[The Impact of Jury Race in Criminal Trials Marginal Revolution, by Alex Tabarrok ]

"Ideologically balanced" is one way of putting it. I prefer "guilted." The whites are imagining themselves carrying the torch for the rejected black person, right on into the deliberation room. Every man his own commissar, as Jared Taylor puts it—whites exercise their feelings of white guilt even if black people are only recently in the room.

The ideal—duh—would be for juries to convict or acquit based on the evidence. But race is such a powerful factor that it blows everything else to the side. Louis Farrakhan proposes separate courts. Is that so crazy?