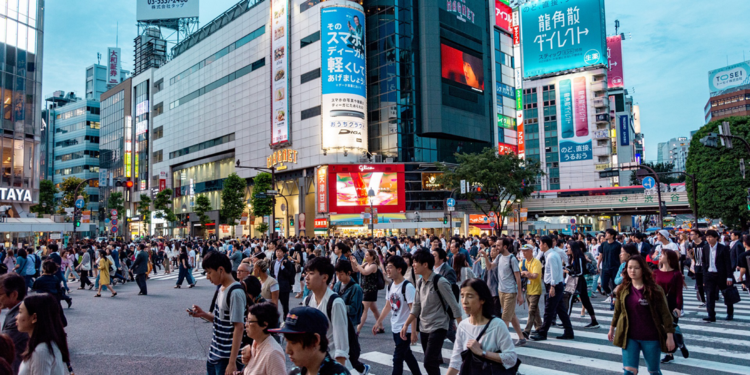 Sofia Coppola, who owns a fashion business in Japan, recently captured the best original screenplay Academy Award for the movie Lost in Translation—making her the fourth Oscar-winning member of the Coppola dynasty, after her father Francis, grandfather Carmine, and first cousin Nicolas Cage. Bill Murray stars as a morose and mordant American action movie star who finds himself washed up in a Tokyo Hyatt.

The hotel seems dispiritingly like every other downtown luxury hotel in the world. But its Japanese idiosyncrasies make it subtly disconcerting.

Japan refuses to import millions of Third Worlders, so the Japanese have robotized many service jobs. This takes Murray some getting used to. His drapes fling themselves open in the morning. In a hotel gym devoid of personal trainers, he finds himself in the clutches of an unstoppable and hyperactive exercise machine shouting indecipherable and no doubt deranged commands.

But, of course, it's the puzzling uniqueness of Japanese life that helps make Lost in Translation so entertaining. You leave the theatre thinking that a trip to the Orient would be disappointing if it wasn't a little disorienting. Isn't travel more fun when other countries are different from your own?

In a lot of small ways, Japan is indeed very different. Consider professional nail care. Here in the U.S., you can head down to your local inner city and find dozens of storefront nail salons. The first thing you'll notice is, to paraphrase Aretha Franklin, the sisters are not doing it for themselves. No, even though there are plenty of unemployed women in the neighborhood, the salons are staffed by East Asian ladies who have come all the way across the Pacific to paint the fingernails of the black lady customers for less than cousin LaQeesha would charge.

Except that, one of these days, you'll be able to go to any formerly exotic place on earth—Zanzibar, Istanbul, the Galapagos Islands, it won't matter—and see the same old thing: Korean, Chinese, or Southeast Asian immigrant ladies polishing nails. Yawn.

But not in Japan. The Japanese voters think their islands are crowded enough already without importing human nail polishers. And the Japanese government is mysteriously inclined to enforce the will of its people.

So the Japanese have done something that by our standards is weird, even comical. They've invented yet another kind of vending machine, this one for doing your nails. You stick your finger in, and it gives it back (you hope) with the nail painted to your specifications using inkjet printer technology.

The labor-saving device that gave Brookes the willies was Sanyo's new clamshell-shaped automated bathing machine. It allows frail people confined to wheelchairs to roll in dirty and roll out clean and dry.

Yet the machine doesn't seem to give the shivers to its users. Toshiko Shibahara, an 89-year-old resident of a Japanese nursing home told Brooke, "You don't get a chill. You feel always warm." Likewise, Kuni Kikuchi, an 88-year-old in a wheelchair, noted, "It automatically washes my body, so I am quite happy about it. These bubbles are good for the massage effect."

It's easy to imagine other advantages. A roll-in machine means that attendants don't have to manhandle the elders' wizened naked bodies into the tub, which must be a relief to all concerned. Greater automation means bathing times are less dependent on the staff's work schedules, which can be a blessing to old people struggling with incontinence. Finally, as this kind of technology progresses and becomes cheap enough, the elderly can stay in their own homes longer before finally being bundled off to nursing homes.

But the NYT can't be bothered with what a bunch of old ladies want, not when it has important brow-furrowing to do over the dark urges behind the Japanese drive to empower their elderly. Brookes writes:

"But [these bathing machines] also point to where the world's most rapidly aging nation is heading. Leaders of the Philippines and Thailand … suggest a different route: granting work visas to tens of thousands of foreign nurses. But that is unlikely in a nation that … in the last decade has issued about 50,000 work visas a year… Building on such xenophobia, Japan's nurses' unions successfully lobbied lawmakers of the governing Liberal Democratic Party in late February to block the admission of foreign doctors and nurses."

My question: doesn't the uniqueness of Japanese culture add to the diversity of the world?

And aren't we supposed to celebrate diversity?

Oh, excuse me, that's the wrong kind of diversity. We are supposed to celebrate the right kind of diversity—the kind where each country becomes so diverse in population, its culture so diluted by immigration, that all countries are eventually the same.

How silly of me to forget that the ultimate goal of "diversity" is global uniformity—and monotony.