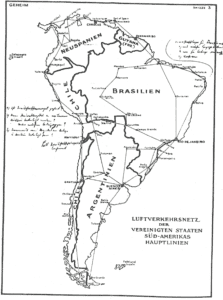 "I have in my possession a secret map, [Pictured right] made in Germany by Hitler's government—by the planners of the New World Order," FDR told the nation in his Navy Day radio address of Oct. 27, 1941.

"It is a map of South America as Hitler proposes to reorganize it. The geographical experts of Berlin, however, have ruthlessly obliterated all the existing boundary lines ... bringing the whole continent under their domination," said Roosevelt. "This map makes clear the Nazi design not only against South America but against the United States as well."

Our leader had another terrifying secret document, "made in Germany by Hitler's government. ...

"It is a plan to abolish all existing religions—Protestant, Catholic, Mohammedan, Hindu, Buddhist and Jewish alike. ... In the place of the churches of our civilization, there is to be set up an international Nazi Church...

"In the place of the Bible, the words of 'Mein Kampf' will be imposed and enforced as Holy Writ. And in place of the cross of Christ will be put two symbols—the swastika and the naked sword. ... A god of blood and iron will take the place of the God of love and mercy."

The source of these astounding secret Nazi plans? 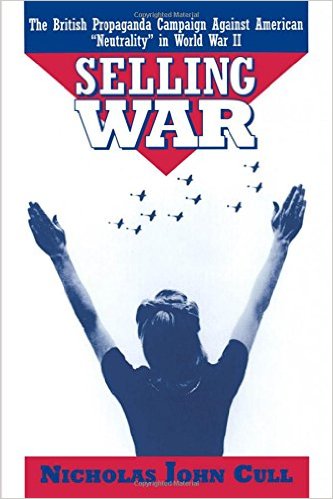 They were forgeries by British agents in New York operating under William Stephenson, Churchill's "Man Called Intrepid," whose assignment was to do whatever necessary to bring the U.S. into Britain's war.

FDR began his address by describing two German submarine attacks on U.S. destroyers Greer and Kearny, the later of which had been torpedoed with a loss of 11 American lives.

Said FDR: "We have wished to avoid shooting. But the shooting has started. And history has recorded who fired the first shot."

The truth: Greer and Kearny had been tracking German subs for British planes dropping depth charges.

By late 1941, most Americans still wanted to stay out of the war. They believed "lying British propaganda" about Belgian babies being tossed around on German bayonets had sucked us into World War I, from which the British Empire had benefited mightily.

What brings these episodes to mind is the wave of indignation sweeping this capital over "fake news" allegedly created by Vladimir Putin's old KGB comrades, and regurgitated by U.S. individuals, websites and magazines that are anti-interventionist and anti-war.

Ohio Sen. Rob Portman says the "propaganda and disinformation threat" against America is real, and we must "counter and combat it." Congress is working up a $160 million State Department program.

Now, Americans should be on guard against "fake news" and foreign meddling in U.S. elections.

Yet it is often our own allies, like the Brits, and our own leaders who mislead and lie us into unnecessary wars. And is not meddling in the internal affairs, including the elections, of regimes we do not like, pretty much the job description of the CIA and the National Endowment for Democracy?

History suggests it is our own War Party that bears watching.

Who misled, deceived, and lied about Saddam's weapons of mass destruction, the "fake news" that sucked us into one of our country's greatest strategic blunders?

Who lied for years about an Iranian nuclear weapons program, which almost dragged us into a war, before all 16 U.S. intelligence agencies debunked that propaganda in 2007 and 2011?

Yet, there are those, here and abroad, who insist that Iran has a secret nuclear weapons program. Their goal: war with Iran. 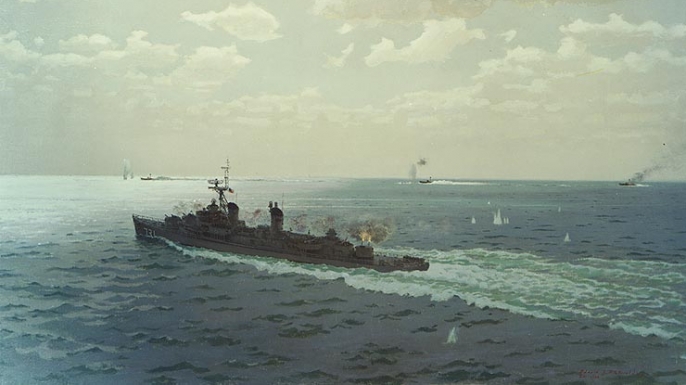 Were we told the whole truth about the August 1964 incident involving North Vietnamese gunboats and U.S. destroyers Maddox and C. Turner Joy, which stampeded Congress into voting a near-unanimous resolution that led us into an eight-year war in Southeast Asia?

One can go back deeper into American history.

Cong. Abe Lincoln disbelieved in President Polk's claim that the Mexican army had crossed the Rio Grande and "shed American blood upon American soil." In his "spot" resolution, Lincoln demanded to know the exact spot where the atrocity had occurred that resulted in a U.S. army marching to Mexico City and relieving Mexico of half of her country.

Was Assistant Navy Secretary Theodore Roosevelt telling us the truth when he said of our blasted battleship in Havana harbor, "The Maine was sunk by an act of dirty treachery on the part of the Spaniards"?

No one ever proved that the Spanish caused the explosion.

Yet America got out of his war what T.R. wanted—Puerto Rico, Guam and the Philippines, an empire of our own.

"In wartime, truth is so precious that she should always be attended by a bodyguard of lies."

So said Winston Churchill, the grandmaster of fake news.