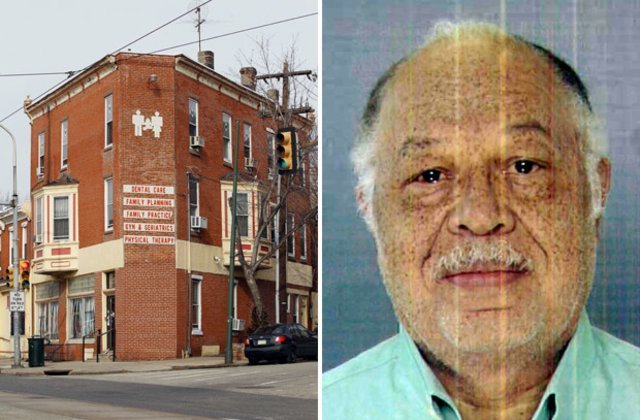 The appalling inaction of the nation's largest abortion provider, along with countless other clinics and "pro-choice" groups in the know, speaks far louder than their belatedly self-serving words.

The criminal trial of Gosnell is entering week six. The death doctor faces seven counts of first-degree murder for severing the spinal cords of babies born alive during abortions. That's in addition to one count of third-degree murder in the death of Karnamaya Mongar, a 41-year-old Bhutanese refugee who died of a monstrously negligent drug overdose at Gosnell's "Women's Medical Society" clinic. Her family has brought a separate civil suit against Gosnell.

Conservative and pro-life journalists have covered the gruesome case since Gosnell's arrest more than two years ago. Through social media, last week faithful chroniclers of this evil killing spree finally forced national outlets to acknowledge their selective attention to mass murder. While mainstream journalists flogged partisan story lines about the GOP's "war on women," turned birth control crusader Sandra Fluke into the nation's Florence Nightingale and splashed the photos of Sandy Hook children all over their front pages, the mostly poor and minority women and babies victimized by Gosnell went ignored.

The liberal Atlantic Magazine admitted last week: It "should be a front-page story." After a relentless Twitter campaign by pro-lifers, The New York Times grudgingly sent a reporter to the trial. But this is so much more than a media malpractice story. It's the nightmarish consequence of medical and ideological malpractice.

As I first noted in my column and on my blog when the scissors-wielding sadist was arrested in January 2011, the murders committed under the banner of "choice" were ignored for four decades by abortion advocates. The Philadelphia grand jury report, now amplified by trial testimony, outlined the systematic execution of hundreds of healthy, living, breathing, squirming viable babies. The panel concluded that the "vast majority of the babies he aborted" were more than 24 weeks old.

Gosnell joked that one murdered baby was so big, the child  could “walk around with me."

On Wednesday, clinic worker Kareema Cross said she witnessed between 10 and 15 babies breathing after being delivered by patients who had received labor-inducing drugs. After their spinal cords were cut, Cross recalled babies still moaning and moving after being stuffed in shoeboxes. Their skulls would be crushed after delivery. Their feet and other body parts ended up in row upon row of specimen jars on display in Gosnell's filthy facility.

Gosnell's silent co-conspirators include the abortion clinics in Virginia and Washington, D.C., that referred Mongar and her family, who spoke no English, to his clinic because of its widespread reputation for doing abortions "regardless of gestational age." They also include the left-wing religious and immigrant community activists who "assist" refugees by hooking them up with government-funded "affordable reproductive health services," a.k.a. abortion mills.

Patients were "treated" by unlicensed incompetents, including a young girl groomed from her teenage years. The late-term mothers' wombs and bowels were perforated with infected instruments. Government inspectors "literally licensed Gosnell's criminally dangerous behavior," the Philly grand jury found. The Pennsylvania Department of State was "repeatedly confronted with evidence about Gosnell"—including the clinic's unclean, unsterile conditions, unlicensed workers, unsupervised sedation, underage abortion patients and over-prescribing of pain pills with high resale value on the street—"and repeatedly chose to do nothing."

As I noted in 2011, nearby hospital officials who treated some of the pregnant mothers who suffered grave complications from Gosnell's butchery did nothing. And an inspector for the National Abortion Federation, the leading association of abortion providers that is supposed to uphold strict health and legal standards, determined that Gosnell's chamber of horrors was "the worst abortion clinic she had ever inspected"—but did nothing.

Gosnell's enablers have concocted all sorts of excuses for themselves. The billion-dollar abortion racket says "lack of funding" and "access" to "health care" is the real problem. But expanding "access" is exactly how Gosnell got away with murder after bloody murder. As the grand jury revealed, pro-choice bureaucrats in liberal GOP Gov. Tom Ridge's administration concluded that increased inspections "would be 'putting a barrier up to women' seeking abortions. Better to leave clinics to do as they pleased, even though, as Gosnell proved, that meant both women and babies would pay."

Gosnell's enablers also claim that his case is a grisly exception. But I repeat: Deadly indifference to protecting life isn't tangential to the abortion industry's existence—it's at the core of it. In the past few years alone, Dr. Andrew Rutland of California and Dr. Steven Brigham in Maryland had their medical licenses revoked after their late-term abortion mills were exposed. Like Gosnell, Rutland killed an Asian woman after administering a drug overdose during a late-term abortion procedure. Like Gosnell, Brigham stored the bodies of late-term fetuses in freezers.

Just this week, the state of Delaware announced an investigation of several Planned Parenthood clinics after botched abortions and the resignations of two registered nurses who witnessed malpractice. Surgical abortions have been halted at one of the facilities. "What I believe should happen is that Planned Parenthood should no longer be self-regulated," Joyce Vasikonis told The News Journal.

Even as it disavows Gosnell's "criminal enterprise," Planned Parenthood's lobbyist in Florida officially testified three weeks ago that the group believes the decision to save a baby born alive after a botched abortion "should be left up to the woman, her family and the physician."

The sanctity of "privacy" and "choice" trumps the sanctity of life, you see. It's how all abortion profiteers get away with murder.