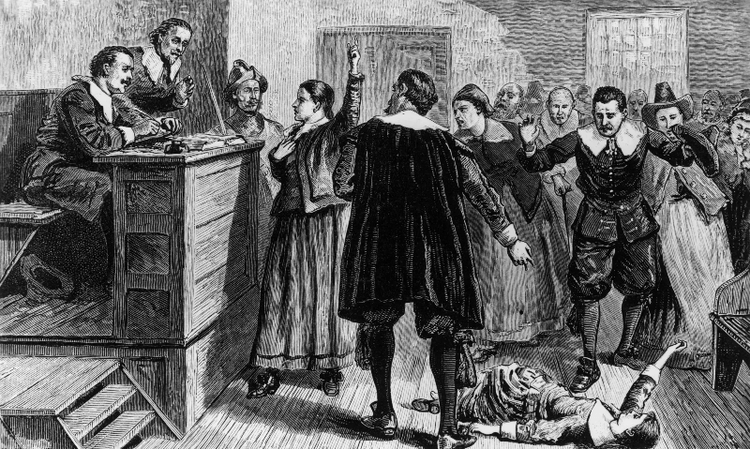 In the aftermath of the horrific Newtown, Conn., school massacre, Americans from all parts of the political spectrum agree that we need to pay more attention to mental-health issues. We must take seriously public death threats and incitements to violence.

But the incendiary witch hunt against law-abiding, peaceful gun owners is neither noble nor effective. It’s just plain insane.

Over the past week, I’ve witnessed a disturbing outbreak of off-the-rails hatred toward gun owners and Second Amendment groups. Whatever your views on guns, we can all agree: The Newtown gunman was a monster who slaughtered his own mother, five heroic educators, and 20 angel-faced schoolchildren. He ignored laws against murder. He bypassed Connecticut’s strict gun-control regulations, and he circumvented the Sandy Hook Elementary School’s security measures. Every decent American is horrified and heartsick by this outbreak of pure evil.

But tens of millions of law-abiding men and women own and use guns responsibly in this country. The cynical campaign to demonize all armed men and women as monsters must not go unanswered. What’s most disturbing is that the incitements are coming from purportedly respectable, prominent, and influential public figures.

Consider the rhetoric of University of Rhode Island professor Erik Loomis. He teaches “U.S. environmental history, the Civil War, late 19th and early 20th century America, labor history, and the American West” in the university’s history department. Online, however, Loomis is a militantly unhinged foe of all things conservative.

“F*** the National Rifle Association and its policies to put crazy guns in everyone’s hands,” Loomis tweeted. “You are g**d*mn right we should politicize this tragedy. F*** the NRA. Wayne LaPierre should be in prison,” he spewed. “Can we define NRA membership dues as contributing to a terrorist organization?”

If all that wasn’t clear enough, Loomis also re-tweeted the following message from a fellow left-winger: “First f**ker to say the solution is for elementary school teachers to carry guns needs to get beaten to death.”

When the conservative group Campus Reform called attention to the craziness, Loomis whined about a “right-wing intimidation campaign.” Sane university professors shook their heads. University of Tennessee law professor and blogger Glenn Reynolds explained the anti-NRA syllogism at work: “(1) Something bad happened; (2) I hate you; so (3) it’s your fault. This sort of reasoning has played out in all sorts of places over the past century, with poor results. One would expect a history professor to know better.”

Unfortunately, Loomis is not alone. Famed author Joyce Carol Oates also took to Twitter to blame the entire membership of the NRA for one evildoer’s massacre. “Another NRA-sponsored massacre for Christmas 2012,” Oates wrote. She then accused any politicians who supported the NRA of “felony homicide.” And then she mused hopefully for mass shootings against the NRA: “If sizable numbers of NRA members become gun victims themselves, maybe hope for legislation of firearms?” Shockingly, actress Marg Helgenberger of the TV show CSI cheered her on: “One can only hope, but sadly I don’t think anything would change.”

In Texas, state Democratic-party official John Cobarruvias threw fuel on the fire. Cobarruvias is the Democratic-party precinct chair in Houston and holds a seat on the Texas State Democratic party’s executive committee. On his Twitter feed, Cobarruvias labeled the NRA a “domestic terrorist organization” and called for the assassination of NRA leaders and supporters: “Can we now shoot the #NRA and everyone who defends them?”

So, it’s come to this: Advocating beheadings, beatings, and the mass murder of peaceful Americans to pay for the sins of a soulless madman. But because the advocates of violence fashion themselves champions of nonviolence and because they inhabit the hallowed worlds of Hollywood, academia, and the Democratic party, it’s acceptable?

Blood-lusting hate speech must not get a pass just because it comes out of the mouths of the protected anti-gun class.