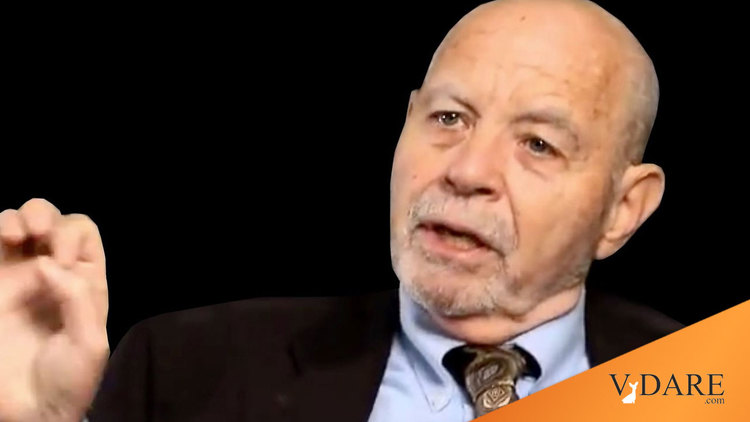 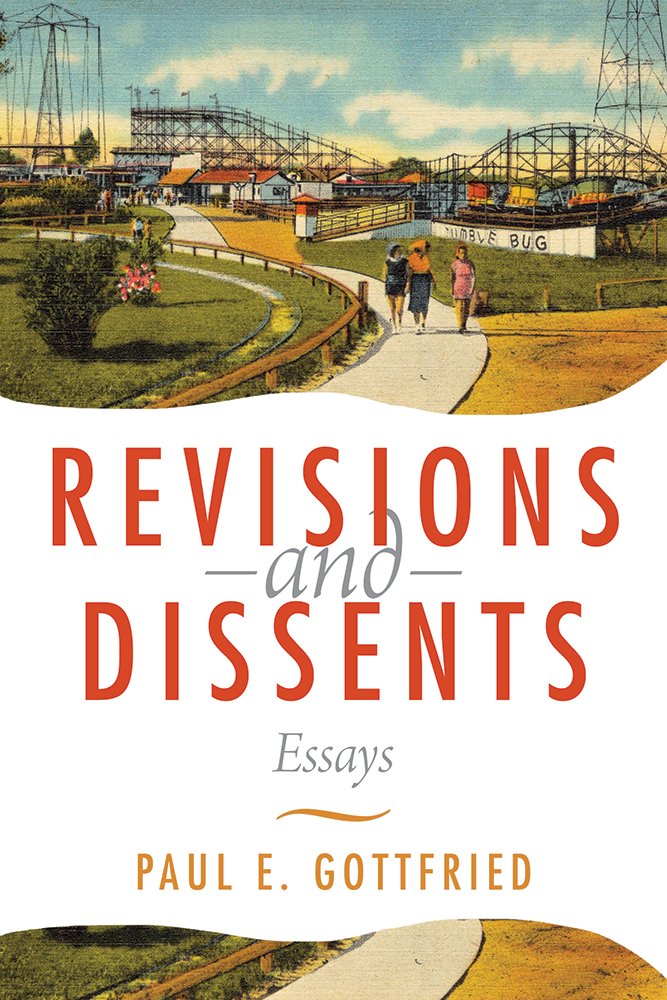 Professor Paul Gottfried is well-known to VDARE.com readers for his mordant commentaries on our present political culture.  I seem to have known Paul for ever, although our personal acquaintance can’t actually be much older than my review of his 2009 memoir Encounters, in which I described him as a “modest and good-natured” man through whose books there none the less run “currents of disillusion and despair.”

Recently, since the Alt Right was dragged into the foreground of public attention by Mrs. Clinton last year, Professor Gottfried has become more widely known as the person who first came up with “Alternative Right” as a descriptor.  (The shortened form was Richard Spencer’s idea.)

Paul’s feelings about the movement he christened—or perhaps, since he’s Jewish, one should say “brised”—can be inspected in a column he wrote for us last year.  Those feelings are mixed, although, as he wrote, “I make no bones about preferring Altright [sic] (warts and all) to Conservatism, Inc.”

Neocons have a correspondingly low opinion of Paul.  A National Review editor, responding I think to my review of Encounters, told me that Paul is “the house Jew of the Buchananites.”  Charity is not a distinguishing characteristic of respectable conservatism.

Paul describes himself, in this new book, as “a European historian specializing in the nineteenth century.”  That greatly understates the depth and breadth of his knowledge.

Here, to take a letter at random from the alphabet, are the personal names listed under “H” in the book’s index. 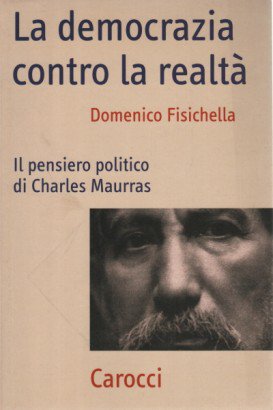 That’s a pretty good range for a historian: wide enough to impress a much-less-well-read person—this reviewer, for example.  And Paul has of course read the Germans in the original German, as well as Aristotle in the original Greek, and, it seems from the fact that I can’t find any translation on the internet, Fisichella’s La democrazia contro la realtà in the original Italian.

Bertrand Russell once opined that he would rather be reviewed by his worst enemy among philosophers than by a friend ignorant of philosophy.  I very much hope Paul does not nurse some similar preference.

Revisions and Dissents contains fourteen essays on different subjects, though all are in the broad general area of political science.

Fourteen is the number of lines in a sonnet.  I hope the author won’t mind if, with no better excuse than that, I sonnetize his Table of Contents, one line per chapter.  (To get the scansion right you need to know that “Bagehot” is pronounced “Badge-ot.”)

Biography: the Prof’s a small-town lad.

Equality! they promise us, while power they seek.

Charles Maurras was no Burke, but worth a peek.

Bobos are a class, says Murray. No!

Strauss, Heidegger: as thinker, who’s ahead?

Trump’s triumph means the Right is not yet dead!

It’s that last essay, on Donald Trump’s capturing of the U.S. presidency, to which most readers will turn first.

That’s a shame:  not because the essay is bad in any way, only because most of it—ten of its twelve pages—was written early in the primary season last year, so that subsequent events have weakened its interest.

The essay is still worth reading, though, for its predictive insights into last year’s election.

The demand for equality is by no means a strictly leftist thing.  That demand is equally prevalent on the populist Right … Why can’t the blue-collar Evangelical in Alabama, who correctly sees his group as despised by present leftist elites while his economic prospects continue to fall, have an equally valid claim to democratic equality?

In the final two pages of this essay, added on November 24th last, Paul looks to the future.  He voices the thought, which a lot of us have been having, that Trump may be merely a transitional figure.

Let’s also not think that if Trump turns out to be something less than what his followers … were hoping for, it would mark the end of their revolt against distant elites with antitraditionalist values and alien economic interests.  We may be witnessing what is only the beginning of a populist insurgency from a transformed, energized Right.

The most grueling essay, for this general reader, was the book’s penultimate one, a review of philosopher Richard Velkley’s 2011 book Heidegger, Strauss, and the Premises of Philosophy.

I have, as I’ve often confessed, a head that’s impervious to abstract philosophy.  Writes Paul:

Despite his predilection for resonant or emotive German phrases about what is fated, the focus of Heidegger’s existentialism remains on the individual searching for ontological authenticity.

Is it remiss of me never to have searched for ontological authenticity?  I hope not.

On the evidence of these essays, Paul’s keenest passion is not so much for history—about which of course he knows a very great deal—as for historiography: the way we do history, the way our minds form patterns and narratives from what we find in history.

Probably there are patterns and narratives to be uncovered.  The human mind, though, no doubt for reasons to do with the evolutionary history of our species, is so compelled to seek patterns and to draw emotional satisfaction from narratives  that some “overshoot”—finding what is not there—is inevitable.

The task of the historiographer is to distinguish those false patterns from true ones.  This is by no means easy.  It is, in fact, one of the greatest challenges the human intellect can take on; the more so as the temptation to erect political platforms on historical—or pseudo-historical—foundations seems to be well-nigh irresistible. 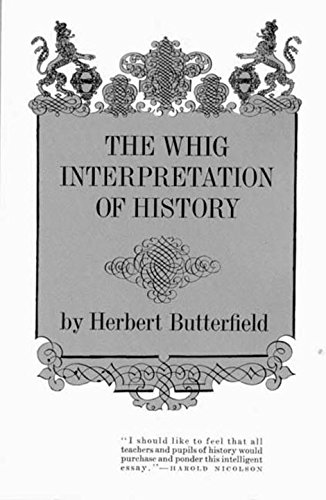 The best-known instances of historical narrative-finding are Karl Marx’s “modes of production” model and Herbert Butterfield’s The Whig Interpretation of History (title of Butterfield’s 1931 book).  Butterfield’s book criticized the view of history as an upward progress towards modern constitutional democracy.

Revisions and Dissents has only a few passing references to Marx—who, goodness knows, has been sufficiently well annotated this past hundred years—but gives over an entire chapter to Butterfield.  “I experienced second thoughts about what for me was once a mind-changing book,” Paul tells us.

He shares those second thoughts with us in a very engaging way, showing some of the contradictions in Butterfield.

Rarely do historians approach their activity as a detached scientific exercise … We should observe that Butterfield, even in his assault on Whig history, writes in a recognizably Whiggish spirit.

This short chapter—it’s only six pages—conveys to the reader a very good feel for the difficulty of writing objectively about history, for picking apart the tangled skein of contingency to uncover true cause and effect.

It’s in Chapter Four, “The Problem of Historical Connections,” that Paul gives his fullest attention to the historiographical task as I’ve defined it.  This is the longest of the fourteen essays, and the one in which the author engages his material with the most impressive virtuosity. 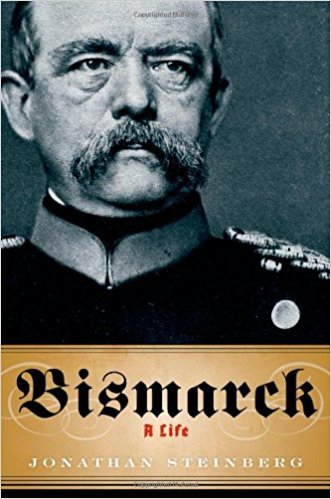 The inspiration for this chapter is historian Jonathan Steinberg’s 2011 biography of Bismarck (which I have not read).  Steinberg, according to Paul:

… leaves the impression that Bismarck’s insincere or inadequate devotion to nineteenth-century liberalism and his reliance on military power led ineluctably to Hitler’s savage tyranny.

Now that’s a narrative, one that Paul tells us he’s been familiar with since his graduate work at Yale fifty years ago.

No matter what aspect of German history was under consideration, we were expected to uncover a path leading to the Third Reich.

Paul tosses and gores this narrative across several pages that are as entertaining as they are instructive.  At one point he introduces an intriguing alternative history.

Because Germany in 1914 had the largest socialist party in Europe, probably the world’s best educated working class, the highest wages in Europe, and the best organized worker’s unions, it could have developed like its Nordic neighbors even if it had kept its monarchy.  Sweden—which once had a more autocratic monarchy than the German imperial government, together with a strong work ethic and collective identity—went from being a military power to a centralized social democratic administrative state.  This is an alternative path that Germany might have taken in the twentieth century.

Paul concludes this chapter, this small masterpiece of historiography, with a three-page classical flourish.  He gives us the Hellenistic historian Polybius (second century B.C.), who imposed a narrative on the rise of Rome as having been willed by key leaders with a grand expansionist design.

The anti-Polybius would I suppose be nineteenth-century British essayist John Seeley, who opined that his countrymen had “conquered half the world in a fit of absence of mind.”

Prof. Gottfried weaves his way between these contrasting approaches to history with great skill and erudition.  You will find yourself arguing back at him on some points, but that’s part of the fun of reading him.

In that chapter on Whig history, for example, he frowns disapprovingly at Butterfield’s writing that “the greatest menace to our civilization is the conflict between giant organized forms of self-righteousness.”  That, says Paul, is “mixing value judgements into the writing of history.”

I see Paul’s point, but I’m bound to say that I chuckled with pleasure on reading Butterfield’s aphorism.

The book closes with a short afterword that moves from reminiscences of a Catskills summer camp in the 1950s, via notes on some famous boxers, to a call for courage—the first of the virtues, according to Aristotle.  To his students, Paul tells us,

I contrasted the courage of pugilists to the slithering cowardice of career politicians.

That’s a rhetorical right hook from an author well-tested in academic disputation.

The only fault I can find with Revisions and Dissents is typographical.  The preposition pace should, it seems to me, be set in italics to distinguish it from the identically-spelled English noun and verb of completely different meaning.

This is a judgement call, I’ll allow; but I don’t think pace is in sufficiently common usage to justify the dropping of italics.