Here we go again: Puerto Rico is scheduled to vote yet again June 11 in a referendum on U.S. statehood. My question: Don’t the rest of us get a say? And my say: let’s just pay Puerto Rico to go away! 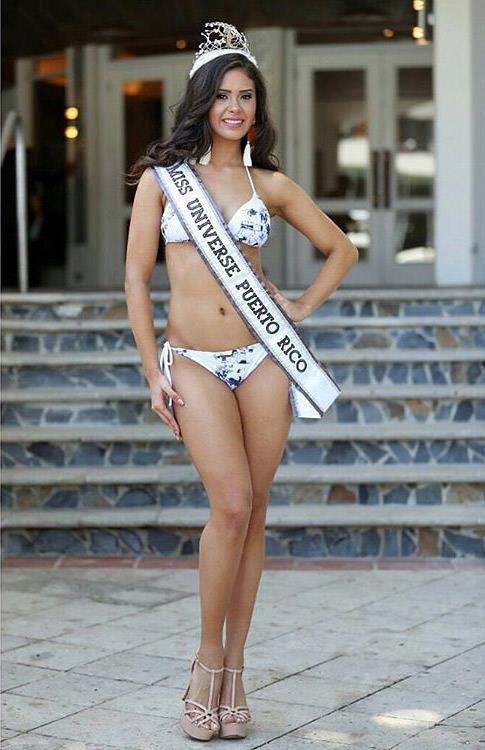 My argument: Puerto Rico is a distinct Spanish-speaking society, with a Spanish legal system, the dual Spanish surname system,  municipios not counties etc. They send their own contestants to international beauty pageants and their own team to the Olympics , which they support passionately against everyone else, including the U.S.

Making Puerto Rico a U.S. state would risk destroying the distinctive nature of Puerto Rican society—and, more importantly for Americans, further Hispanicize the United States. Perhaps surprisingly, none other than GOP presidential contender Rick Santorum made this point in 2012 when he wrong-footed the hapless Mitt Romney by arguing that Puerto Rican could not become a state unless it accepted English as its official language, something Romney claimed to support for the rest of the U.S.

But whatever you call it, Puerto Rico is bankrupt—according to Investopedia “ the largest government to seek bankruptcy in U.S. history.” It has  74 billion dollars of debt and owes 49 billion dollars in unfunded pensions.[Puerto Rico's bankruptcy leaves US island facing hard times, by Elodie Cuzin, AFP,June 7, 2017] So it’s hard not to suspect that the statehood gambit is seen as a way out of the financial mess.

Puerto Rican statehood is a real threat. Rafael Bernal reports in The Hill

If statehood wins, as expected, the island will enact what’s known as the Tennessee Plan, an avenue to accession by which U.S. territories send a congressional delegation to demand to be seated in Washington. Puerto Rico will send two senators and five representatives, chosen by Gov. Ricardo Rosselló (D), later this year, once the plan is put into action.

Of course, this would be suicidal for the GOP. That’s why the Stupid Party has been pro-Puerto Rican statehood since the 1940s. The 2016 Republican platform (p. 30) states that

We support the right of the United States citizens of Puerto Rico to be admitted to the Union as a fully sovereign state. We further recognize the historic significance of the 2012 local referendum in which a 54 percent majority voted to end Puerto Rico’s current status as a U.S. territory, and 61 percent chose statehood over options for sovereign nationhood. We support the federally sponsored political status referendum authorized and funded by an Act of Congress in 2014 to ascertain the aspirations of the people of Puerto Rico. Once the 2012 local vote for statehood is ratified, Congress should approve an enabling act with terms for Puerto Rico’s future admission as the 51st state of the Union.

And in his unpredictable way, President Trump seems to be open to Puerto Rican statehood. He said in the campaign that “The will of the Puerto Rican people in any status referendum should be considered as Congress follows through on any desired change in status for Puerto Rico, including statehood.”

But what about the will of the American people?  The many fans of Puerto Rican statehood never consider that angle. In fact, they get offended if you even ask the question.

Note that both the GOP platform and The Hill’s Bernal assert that Puerto Ricans voted overwhelmingly for statehood in 2012 (the fourth time Puerto Ricans have voted in such a referendum—making 2017 the fifth).

Is that true? Actually, no.

The 2012 referendum had two questions. Question #1 simply asked a yes or no question, “Do you agree that Puerto Rico should continue to have its present form of territorial status?” In that portion, 54% voted NO and 46% voted Yes, with 64,745 blank ballots and 12,883 invalid ballots.

The third option appears to have been a proposal for a more enhanced sovereignty stopping short of independence, though that’s hard to imagine. The results: Is that overwhelming? No, because the anti-statehood Partido Popular Democrático de Puerto Rico (PPD) instructed its followers to leave the second ballot blank. And that’s just what 472,674 Puerto Rican voters did. That was their way of voting against statehood. (In addition, there were 16,764 invalid ballots).

That means that the majority of the voters who went to the polls on Nov. 6th did not actually vote for statehood—only 44.61% did! That was no mandate.

Well, now here we are in 2017. Governor Ricardo Rosselló , the current pro-statehood governor, has pulled a real fast one to get statehood approved. The Hill’s Bernal reported that “Rosselló initially submitted a ballot that did not allow voters to vote to continue the status quo, only giving the option of voting for independence or statehood.”

How clever. Traditionally, most Puerto Ricans have gone for the middle way between statehood and independence. So Governor Rossello just eliminated that option.

However, the U.S. Justice Department forced the governor to include the middle option. So like the second question on the 2012 ballot, this 2017 ballot also presents three options.

The terminology is a little confusing here. The “free association” of option #2 would not be the same as the current status, although currently Puerto Rico is referred to in Spanish as an “associated free state”.

“Puerto Rico would become a sovereign nation outside the Territory Clause of the U.S. Constitution. However, the island would maintain a free and voluntary political association with the United States. An agreement of free association would delegate certain powers, typically those regarding military, trade, and currency, to the U.S. federal government. U.S. citizenship would be subject to negotiation in developing the agreement. The Republic of the Marshall Islands, the Federated States of Micronesia, and the Republic of Palau, all former jurisdictions of the Trust Territory of the Pacific Islands, are sovereign nations in free association with the United States.”

I assume that one of those powers delegated to the United States would be the “power” to bail out Puerto Rico. That’s another reason why full independence in preferable for us.

A poll conducted by El Nuevo Día in late May gave a slim probability to the statehood option, at 52%. [Plebiscite Boycott Fails to Seduce the Masses, June 5, 2017]

Of course, even if the statehood option won, that doesn’t mean that Puerto Rico has to become a state. But it would create a powerful momentum and much publicity that might stampede your friendly neighborhood senator or representative (or President) to support statehood, justifying it as being “the will of the people of Puerto Rico” or something like that.

Here’s my proposal, the best in the long run for both the U.S. and Puerto Rico: We can agree to pay off Puerto Rico’s debt—on condition that the island become independent immediately.

Wouldn’t that be great?—Puerto Rico would begin its independent existence as a country with a clean slate, no debt!

Paying off Puerto Rico’s debt will not be popular with U.S. voters, although Jeb Bush seemed to think it was during the presidential primary. [Jeb Bush Says Puerto Rico Agencies Should Have Access to Bankruptcy, Bloomberg News, April 28, 2015] But look where that got him!

Nevertheless, I have the feeling that, whatever transpires politically, Uncle Sam is going to wind up paying off this debt. Don’t you?

We may as well get something for it.

This way, the U.S. will have one less problem to worry about, while wishing the Puerto Ricans a great future as, for the first time in its history, an independent nation-state.