The anti-free speech riot at UC Berkeley was a blunt exercise of power by the Leftists who now hold complete hegemony over the entire higher education system. In response, President Donald Trump has already broached the idea of cutting funding to the school if it is unable or unwilling to protect lawful speech on campus. Some alumni, such as Dilbert creator Scott Adams, have already said they will no longer donate[ Dilbert’ Creator Scott Adams To Stop Donating To Alma Mater UC Berkeley, by Tom Ciccotta, Breitbart, February 6, 2017]. Going further, a Civil Rights investigation against the hateful actions of campus protesters against white students nationwide seems warranted.

Yet all of this is ultimately a treatment of the effects, rather than the causes of Leftist campus tyranny. Ultimately, the problem can only be solved by policy changes at the deepest level. And after decades of failed Beltway Right efforts to meaningfully resist the creeping Bolshevization of American higher education, the American conservative movement has finally produced someone who is saying exactly what needs to be done—abolish Affirmative Action. 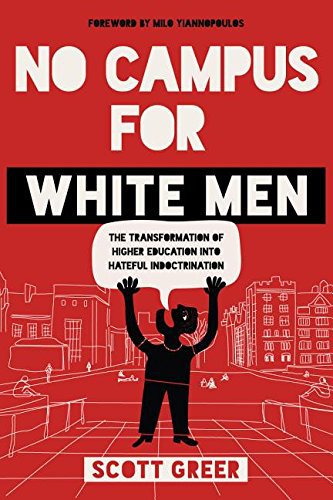 Scott Greer, Deputy Editor of the Daily Caller, has a new book, No Campus For White Men: The Transformation of Higher Education into Hateful Indoctrination. And while books bemoaning radical Leftism on campus are nothing new, Greer is unique in that he specifically identifies Affirmative Action (aka racial discrimination against whites and Asians) as the key policy which enabled the destruction of the American university.

“Arguably, the most decisive factor for the transformation of higher education is Affirmative Action,” says Greer. As he observes, students rely upon their race to gain admission to these institutions, so it is natural they focus their studies and political activities towards those things which further reward them for their identity.

Greer makes the familiar conservative argument that racial diversity does not translate into ideological diversity. He also makes the standard denunciation of racial double standards.

However, he goes further by noting the frank anti-white hatred which is at the heart of the “diversity” agenda. “Diversity in today’s America simply means having fewer whites around,” he writes. “Segregation, such as universities having racially exclusive dorms and events, is great as long as that racial exclusion doesn’t mean ‘white only.’”

This anti-white animus of the contemporary Left is something far too many conservatives either ignore or pretend to ignore. Greer doesn’t. 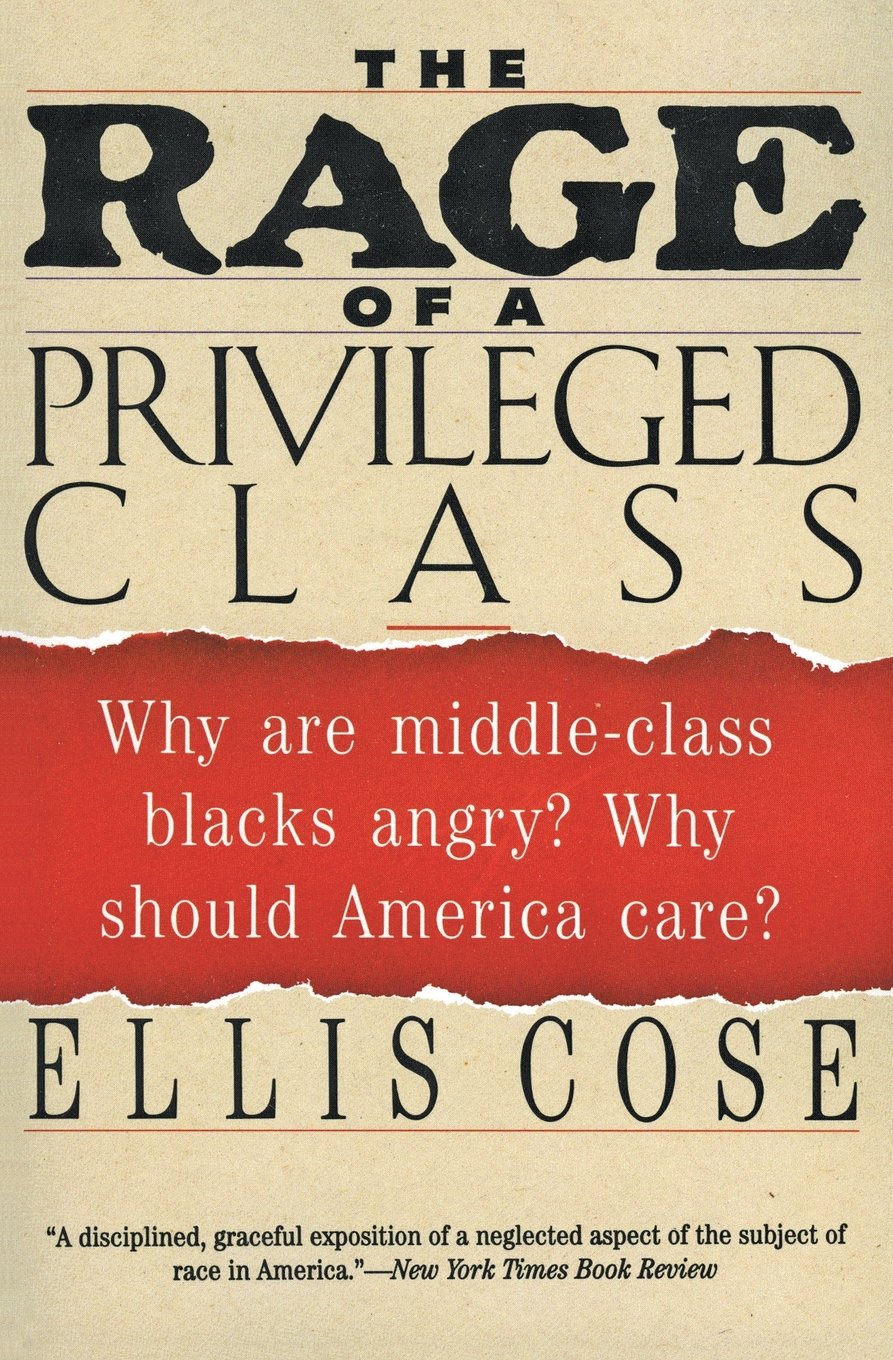 What’s more, by pinning the blame on Affirmative Action, Greer goes a long way towards explaining the “rage of a privileged class” which produced people like Michelle Obama. As he notes, there is little real evidence suggesting “diversity” provides any real benefit to institutions and quite a bit suggesting it imposes real costs like the collapse of social trust. His book is a sign that mainstream conservatives are slowly, painfully beginning to understand it is “diversity” itself which causes dysfunction.

Greer also challenges Beltway Right clichés when he dismisses the usual conservative claim that Left wing students are delicate “snowflakes” who are simply too spoiled or rich to handle conservative dissent. Instead, Greer urges conservatives to admit the truth: these supposedly effeminate Millennials are actually operating as effective political soldiers.

“[It] is not the result of overly coddled backgrounds and helicopter parenting,” he writes.

When there is not enough real white racism, it has to be invented. One of the most enjoyable parts of No Campus For White Men is Greer’s compilation of fake Hate Crimes on campus—amusingly titled The Art of the Hoax.

Of course, it gradually becomes less funny as the author explains, remorselessly, how one campus after another lost its collective mind over incidents which alternately seem ludicrous or trivial.

For many conservatives, especially college age conservatives, this might not be new. Yet conservative apparatchiks have made not noticing the racial motivation of the Left into a kind of art form. Conservative sneering at “snowflakes” is framed as tough-guy mockery of noodle-armed progressives, but it’s really an act of moral cowardice.

In contrast, Greer explains why the seemingly-unhinged actions of these Leftist campus activists make sense—especially the unlimited demands made in the name of fighting “white privilege.”

“If whites submit to their guilt and beg for penance from the races they have wronged, there’s no limit to what the morally superior groups will extract from the now-capitulated oppressor,” he says. “Especially when that unequal relationship gives them power to make extraordinary demands. The admission of guilt only serves to intensify the grievances of those who feel whites have done them wrong.” [Emphasis added]

This is a critical point which the American Right must internalize if it wishes to survive. There is nothing about campus Leftism which can be reasoned with in good faith. It must simply be opposed and ultimately defeated.

Greer offers a direct challenge to fraternity members who are being targeted and destroyed by Leftist activists and complicit college administrators. “Whether besieged fraternities and sororities will band together for something more important than a booze-soaked date party and stand up against those who wish to eradicate their prized traditions remain to be seen,” he says. 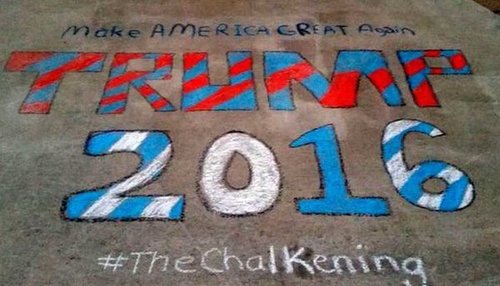 Greer accurately notes much of the pro-Trump sentiment on campuses, as seen in “The Chalkening,” came from Greeks.

Greer, to his credit, offers specific suggestions about what to do. He suggests:

Yet ultimately, as Greer notes, really changing the university requires “massive cultural changes.” And the key policy he identifies to move the culture in that direction is eliminating Affirmative Action.

Affirmative Action is already unpopular and would likely have already been eliminated were it not for cuckservative betrayal in the past. Colorblind law and admissions policy fits well into President Donald Trump’s civic nationalist message. And as Greer notes, Affirmative Action creates its own constituency in universities by creating a group of students who are both reliant on their skin color to gain admissions and intellectually incapable of meeting academic demands. “A struggling student is more likely to vent his or her rage at the world through activism, thereby contributing to the vicious cycle of identity politics,” he writes.

Yet Donald Trump, in one of his few truly disappointing actions during the campaign, supported Affirmative Action and denounced the comments of the late Justice Scalia on the policy’s negative effects. And his Secretary of Education nominee Betsy Devos is all-but-useless on the issue—not that it is making her troubled confirmation any easier.

In an Afterward written since the election, Greer accurately notes the crackdown on free speech is likely to get worse:

Campus lefties will double down on all their worst elements: identitarian warfare, speech suppression, diversity worship, anti-Americanism, white guilt tripping, and male shaming. In the short-term, campus insanity is likely going to get much worse under a Trump administration.

A few weeks have proven this prophecy correct.

And as Scott Greer’s vitally important new book shows, this is a battle America can’t afford to lose. Just as uncontrolled mass immigration will make the whole country look like California, refusing to fight Affirmative Action means that every campus will simply look like Berkeley.