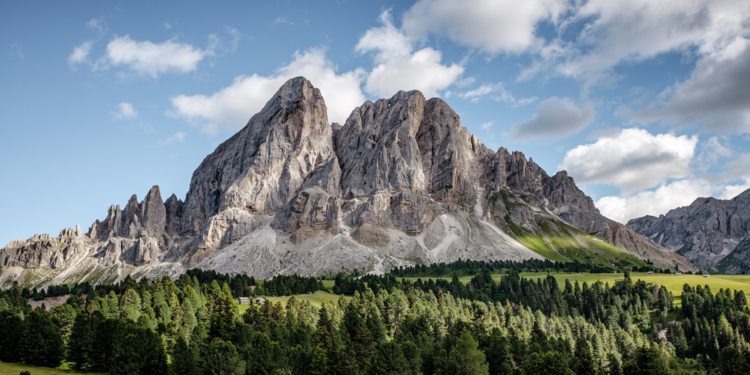 Free at last! I'm silent no more. Now, the story can be told.

Democrats here in my adopted state of Colorado did not want the new political documentary I hosted to see the light of day. They lost. This week, the 10th Circuit Court of Appeals issued an emergency injunction declaring that our movie deserved the same free-speech rights as a "traditional" (translation: old-guard liberal) news organization.

"Rocky Mountain Heist," produced by David Bossie's Citizens United and directed by Jason Killian Meath, tells the story of how a wealthy quartet of liberal millionaires and billionaires in Colorado—known as the "Gang of Four"—took over the once-red state of Colorado in the course of a decade.

As a conservative journalist in both "old" and "new" media for more than two decades, I've used my First Amendment rights to follow the radical left's money and connect the dots for readers and viewers. The media marketplace has been too long dominated by liberal corporate statists allied with Big Government, cloaked in the pretense of institutional objectivity.

The 10th circuit panel of three judges unanimously rejected speech-stifling arguments that our expose was somehow an "electioneering communication" subject to onerous disclosure requirements—from which the likes of the Denver Post or Colorado public radio are arbitrarily exempt. It's "government putting its thumb on the scale," Citizens United super-lawyer Ted Olson argued in court—treacherously elastic and prone to abuse.

A six-year resident of Colorado, you can imagine my amusement, sitting in court last week in Denver, listening to government officials capriciously attack our film (which they hadn't seen) as a "drop-in attack ad" from nefarious, out-of-state interests.

Reality check: The nearly-hour-long film illustrates how the Gang of Four coordinated their campaign targets and spending behind closed doors. We report on how they drafted up elitist plans to "educate the idiots." With commentary from journalists, local and state Republican lawmakers, and even one political science professor (who ironically testified against Citizens United's right to equal media treatment!), "Rocky Mountain Heist" traces how the liberal scions and their "Colorado Democracy Alliance" captured the governor's mansion, the state legislature, and two Senate seats.

Colorado activists in our movie inform voters how Democratic Gov. John Hickenlooper pandered to his wealthy patrons and out-of-state special interests. Interviewees enlighten viewers on how Hickenlooper imposed radical laws and regulations restricting economic and personal freedoms on energy businesses, gun owners and entrepreneurs. The deep-pocketed progressive donors funneled gobs of undisclosed money to astroturf groups and a network of liberal non-profits—all while screaming about the need for "transparency" and the "people's right to know." "Rocky Mountain Heist" shows how the "Colorado model" is migrating to Texas and Virginia, and highlights how liberty-loving Coloradans have been fighting back.

Our documentary, as Ted Olson argued, expresses core "political speech that is at the heart of the First Amendment's protected activity." Here's what's so rich: So-called "progressive" champions of transparency (with names like "Colorado Ethics Watch") intervened to try and stop Citizens United and me from educating my fellow Coloradans—and the rest of the country—just weeks before a critical midterm election.

What are the opponents of "Rocky Mountain Heist" so afraid of? An informed citizenry, an independent media, and conservatives willing to go to the mat for their constitutional rights.