John Derbyshire Asks: Muslims To The Rescue? (!!) Ebola And The Can’t-Do Nation 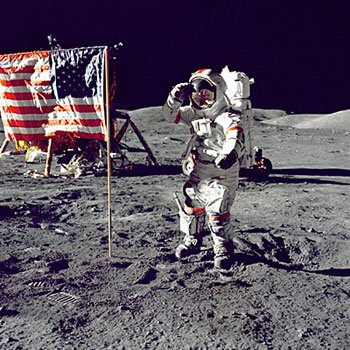 The country that could do this would have little trouble dealing with Ebola, but are we still that country?

Whether Ebola represents a major threat to the U.S.A. I’ll leave to the experts. (At least one of them, whose opinion I highly respect, says not [Come on in, the Plague Is Fine, by Gregory Cochran, TakiMag, October 8, 2014]). What is not in doubt, however, is that the response of our public health authorities has been disgracefully shambolic.

Public health is one of those things you really want your government to do well, however much of a small-government proponent you are. I bet even anarchists draw the line at overflowing sewers or chancrous beggars brushing up against us in the subway.

Yet here we are, with all our wealth and expertise, watching our elected and appointed health administrators making a pig’s ear of their highly-paid professional responsibilities and speaking incoherent nonsense to TV interviewers and Congressional committees.

[Tennessee Rep. Marsha] Blackburn: I want to be sure I heard you right. You just said to Chairman Upton that we cannot have flight restrictions because of a porous border. So do we need to worry about having an unsecure southern and northern border? Is that a big part of the problem?

[CDC Director] Frieden: I was referring to the border of the three countries in Africa.

Rep. Blackburn: Oh, referring to that border, not our porous border.

Watching the squirming and writhing of these guardians of the nation’s health, I am always reminded of the time in my teen years when, having read some pop-math article about topology, I attempted to take off my undershirt without removing my shirt.

My friend and fellow Dissident Right blogger Dennis Mangan expressed the other day what a lot of us are thinking. Key quote from Dennis:

Just as the United States of America can no longer get a man on the moon, it can no longer fight an epidemic. The two situations are, I believe, remarkably similar.

In the first case, we likely still have the technical capability to get men to the moon, or could get them back relatively quickly. The fault is not in our technologies, but in ourselves. We no longer have the willpower to do it; and even assuming that we made it a priority, so many other social priorities would need to go out the window that we would find it that much more difficult, or even impossible.

Evolutionary psychologist Bruce Charlton has worked the same theme, although casting his net wider, across all of civilization:

I suspect that human capability reached its peak or plateau around 1965-75—at the time of the Apollo moon landings—and has been declining ever since.

This may sound bizarre or just plain false, but the argument is simple. That landing of men on the moon and bringing them back alive was the supreme achievement of human capability, the most difficult problem ever solved by humans. Forty years ago we could do it—repeatedly—but since then we have not been to the moon, and I suggest the real reason we have not been to the moon since 1972 is that we cannot any longer do it. Humans have lost the capability …

It was around the 1970s that the human spirit began to be overwhelmed by bureaucracy (although the trend had been growing for many decades).

Human capability peaked before 1975 and has since declined , Charlton’s Miscellany, June 22, 2010

Let me first deal with the objection that turned up a couple of times in the comment thread to Dennis’ piece: that the Apollo program was a pointless extravaganza, a waste of national resources.

Apollo was a glorious achievement, as glorious as Christopher Columbus’ landing in the New World, which we have been commemorating this week—those of us whose brains have not been addled by Political Correctness.

Glory may not be your cup of tea, but most of us in the Western tradition disagree with you.

What happened on July 20th 1969 will be remembered for as long as the human race survives—long after Barack Obama and George W. Bush, let alone you and me, have been utterly forgotten.

And if you still want to carp about Apollo being pointless, just check the company you’re in. I don’t recall Al Sharpton addressing the topic, but I know what he’d say if he did.

On the other side, the people who made the Moon landings happen were motivated by patriotism, by pride in their country and its flag, symbolized by that actual flag Neil Armstrong planted on the lunar surface, and by the red, white, and blue vest that Flight Director Gene Krantz wore in the control room.

We Came in Peace for All Mankind said the plaque on the Lunar Lander: but it was Old Glory the astronauts saluted.

Can you imagine such a thing nowadays?

The Stars and Stripes—that symbol of racist, patriarchal, cis-sexual oppression? Man-kind? Excuse me?

From inception to the Moon landing, Apollo ran nine years. Nowadays it would take nine years just to get the diversity quotas figured out.

Dennis is right: We can’t do stuff anymore. Go to the Moon, fight an epidemic: These things are beyond our capability now. Fifty years ago we were a nation of engineers and adventurers; now we’re a nation of lawyers and sociologists.

Don’t take my word for it. The current (first black—of course) head of NASA appointed by Barack Obama, told an interviewer four years ago that:

When I became the NASA administrator, [President Obama] charged me with three things. One, he wanted me to help re-inspire children to want to get into science and math; he wanted me to expand our international relationships; and third, and perhaps foremost, he wanted me to find a way to reach out to the Muslim world and engage much more with dominantly Muslim nations to help them feel good about their historic contribution to science, math and engineering.

Let me repeat that again S-L-O-W-L-Y:

…engage much more with dominantly Muslim nations to help them feel good about their historic contribution to science, math and engineering.

It’s been a sad decline, doubly sad for people who lived through it and can remember the days of glory, sadder yet for those of us who grew up in foreign parts admiring America from afar.

The U.S.A. used to be admired around the world as the Can-Do nation. Join two oceans; fill a city with skyscrapers; tame a wilderness; win a war; there seemed to be nothing Americans couldn’t do.

The archetype here, at least so far as my own juvenile reading was concerned, is Jules Verne’s 1874 novel The Mysterious Island.

In that novel, an assortment of American men from the Union side in the Civil War are prisoners in Richmond, Virginia. They escape by balloon, but the balloon gets swept far out to sea in a storm and makes landfall at last on an uncharted island.

We get the usual inventory of possessions; but the balloonists threw most everything overboard to stay airborne, so all they have is the clothes they are wearing, one match, two watches, a metal collar on the dog they brought along, and one grain of wheat.

These were Americans, though, one of them an engineer. They have that island shipshape in no time, with a forge, a brickworks, a pottery kiln, and a glassworks up and running. When they need to remove a rock barrier to lower the water level of a lake, the engineer manufactures nitroglycerin, quote, “by means of the minerals which nature had placed at his disposal.”

That was America as seen by a Frenchman 140 years ago: the Can-Do nation.

What a falling-off there has been! Nowadays those castaways would have starved to death trying to get a Gender Studies program going.

When did we stop being the Can-Do nation? It went on for a few years after the Apollo program. I wrote in Taki’s Magazine recently about visiting the Alaska pipeline, built in the mid-1970s. Not really up there with the Apollo program, but a tremendous engineering achievement none the less. By private enterprise, too, not a government project.

That was still the Can-Do nation. Nowadays we’re well on our way to being the Can’t-Do nation, as our response to Ebola illustrates. Our spectacles are all fogged up with bogus social theories; our intelligence is compromised by willed ignorance about human nature; our hands and feet are tied by lawyers, accountants, and consultants; our patriotism is corroded by phony guilt and xenophilia.

As I said on Radio Derb last week, I’m not losing sleep over an Ebola outbreak in the U.S.A. As best I understand the science of the disease, at worst a few hundred, maybe a few thousand, Americans will get infected, and a quarter or a third of them will die. We should have prevented that happening, and could easily have done so—but it’s not an existential catastrophe in a nation where 30,000 people die in traffic accidents annually.

However, with the next new pathogen, or the next, or the next, we may run out of luck. Without luck, we have only competence to fall back on.

That’s where I lose sleep. Do we still have the competence to deal with a major health catastrophe? Perhaps we’ll have to send for help from the Muslim nations, with—what’s the quote?—“their historic contribution to science, math, and engineering.”

Yeah, they’ll save the day for us.

So, no worries then.