Bluster and Bluff in the Baltic 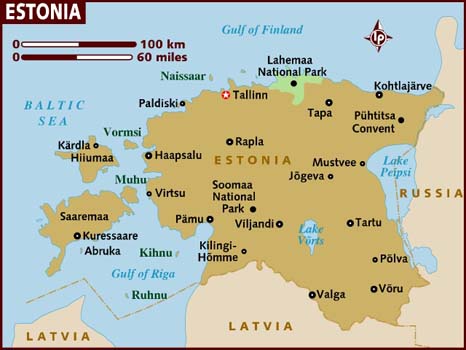 "I say to the people of Estonia and the people of the Baltics, today we are bound by our treaty alliance. ... Article 5 is crystal clear: An attack on one is an attack on all. So if ... you ever ask again, 'who'll come to help,' you'll know the answer—the NATO alliance, including the armed forces of the United States of America."

That was Barack Obama in Tallinn, Estonia, last week, reissuing a U.S. war guarantee to the tiniest of the Baltic republics — which his Cold War predecessors would have regarded as certifiable madness.

From 1945 to 1989, no president would have dreamed of issuing a blank check for war in Eastern Europe. Our red line was in the heart of Germany. It said to Moscow: Cross the Elbe, and we fight.

That red line was made credible by hundreds of thousands of U.S. troops permanently stationed in West Germany.

Why did these presidents not act? None believed there was any vital U.S. interest in Eastern Europe worth a war with Russia.

Cold War presidents routinely issued captive nations resolutions, declaring our belief in the right of the peoples behind the Iron Curtain to be free. But no president regarded their liberation worthy of war.

When did the independence of the Baltic republics, miraculous and welcome as it is, become so critical to us that if Russia intrudes into Estonia, we will treat it as an attack on our homeland?

In 1994, George Kennan called the expansion of NATO into the old Soviet bloc "a strategic blunder of potentially epic proportions."

Yet we not only brought into NATO all the Warsaw Pact nations, George W. Bush brought in the Baltic republics.

To see the folly of what we have done, consider Ukraine, which has been involved in a military and political collision with Russia ever since we colluded in the overthrow of its pro-Russian regime.

As neocons cheered the ouster of the corrupt and incompetent, but democratically elected, Viktor Yanukovych, Vladimir Putin moved to secure and annex Crimea, and pro-Russian separatists sought to break away from Kiev and achieve independence or reunification with Russia.

A question arises: Why do not the pro-Russian separatists of Donetsk and Luhansk have the same right to secede from Ukraine, as Ukraine had to secede from the Soviet Union?

And why is this quarrel any of America's business? Was it the business of Czar Alexander II when the 11 Southern states seceded from the Union and, then, West Virginia seceded from Virginia?

Under the new government of Petro Poroshenko, Ukraine sent its forces to the southeast to crush the separatists. They failed. Rising casualties and a separatist drive on the city of Mariupol have apparently persuaded Kiev to seek a ceasefire and peace.

Needless to say, those who celebrated the overthrow of the pro-Russian regime in Kiev are now apoplectic at Kiev's apparent defeat.

Yet, on September 5, the New York Times wrote, "The Americans have no illusion that Ukraine could ever prevail in a war with Russia."

That is realism. But if Ukraine's cause is militarily hopeless, what would be Estonia's chances in a clash with Moscow? Estonia has three percent of Ukraine's population and is less than one-tenth its size. If Moscow decided to take Estonia, it could do so in 48 hours.

And should Putin engage in so rash an act, what would NATO do?

Would 28 NATO nations declare war and send troops? Would the United States declare war on Russia and conduct air strikes on Russian forces inside and outside Estonia?

Would we send aircraft carriers into the Baltic Sea? Would we start a war with Russia that could lead to early use of tactical atomic weapons, devastating Estonia and causing massive deaths?

How would NATO save Estonia without destroying Estonia?

To eliminate second thoughts about our war guarantee to Estonia, some in Washington are calling for permanent U.S. bases and the stationing of U.S. troops in the Baltic states, so that any Russian incursion would lead to U.S. causalities and a definite clash with Russia.

Presumably this threat would deter Russia in perpetuity.

But if it doesn't deter Putin, or if a future Russian ruler regards it as a bluff and chastises Estonia, what do we do then? Put the B-2s on alert and go to DEFCON-2, as we did in the Cuban missile crisis?