Automation + Immigration = White Identitarianism. Have Our Rulers Really Thought This Through?

The purpose of the Lying Press is to tell Americans why they are not allowed to resist their dispossession. Thus, just before Christmas, The New York Times contemptuously informed its readers that immigration and globalization are not the real threat to jobs—automation is. Therefore, according to labor economists quoted by the NYT, we need “retraining programs, stronger unions, more public-sector jobs, a higher minimum wage, a bigger earned-income tax credit, and, for the next generation of workers, more college degrees." [The Long-Term Jobs Killer Is Not China. It’s Automation. By Claire Cain Miller, New York Times, December 21, 2017]

Otherwise, people might do something unacceptable—like start “blaming immigrants.”

Yet long term, the United States is heading towards financial disaster as entitlement programs and health care costs will push the debt to ruinous levels. More handouts and entitlements are hardly likely to solve the problem unless they are paid for with massive tax increases, which would stifle already languid economic growth. And the current state of higher education hardly makes “more college degrees” a panacea.

Further, you can’t separate declining unions and falling wages from the phenomenon of mass immigration. From the Chamber of Commerce perspective, the whole point of immigration is that it’s a Politically Correct form of union-busting, driving down the wages of both skilled and unskilled workers.

And the Left goes along with this because it dispossesses the hated European-Americans.

The same motivations are in play in Europe. In Germany, the vast majority of the traitor Merkel’s refugees are both unemployed and unemployable. [Survey reveals Germany’s top companies employ just 54 refugees, by Guy Chazan and Patrick McGee, Financial Times, January 2, 2017]  The costs are ruinous and there is no end to the migration in sight.

But at least we get a glimpse of why the business community is so supportive of mass immigration: [Government is considering exceptions to the minimum wage for refugees, Die Zeit, January 2, 2017].

Still, Miller’s New York Times article brings up an important point—especially when it notes that while automation in the past created new jobs, “experts are beginning to worry that this time could be different.” We are moving to a point where even absent mass immigration, vast swathes of the population will essentially be unemployable and entire industries will be stripped of workers.

Nearly half the jobs in Idaho will be automated in the next 20 years. The difficult but well-paying jobs in the oil industry are gone forever. Truck drivers will soon be under threat. Even industries like construction may no longer need workers.

This is not just something which will affect the West. Some countries, such as Japan, already seem to be adjusting to the new order. But others will face greater challenges. 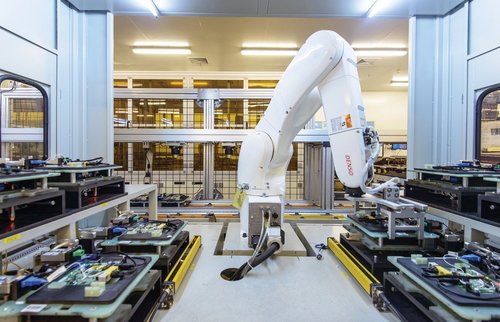 In China, vast robot factories (right) are being constructed for manufacturing, which have the potential to replace “millions” of workers. [China is building a robot army of model workers, by Will Knight, MIT Technology Review, April 26, 2016] Almost 70 percent of jobs in India are threatened by automation, with an astonishing 77 percent in China slated to go. As the president of the World Bank observed, the traditional path of development “from increasing productivity of agriculture to light manufacturing and then to full-scale industrialization may not be possible for all developing countries”. [Automation threatens 69% jobs in India: World Bank, The Hindu, November 1, 2016]

In many countries, one of the most likely responses is a basic minimum income or a “citizens’ dividend.” The President of Cyprus pledged to implement a “citizens dividend” in 2013. Finland began 2017 by becoming the first country in Europe to pay unemployed citizens a basic monthly income of 560 euros, about $587 at the current exchange rate. [Finland to pay unemployed basic income of $587 per month, by Jari Tanner, Associated Press, January 3, 2017]Communities in Scotland are investigating trial programs for a minimum income. [Scotland could trial giving every citizen a minimum income, by Ben Glaze, The Mirror, January 2, 2017] The Indian government is also taking steps to move towards such a program [The Indian government is about to endorse giving all its citizens free money, by Thomas Colson, Business Insider, January 3, 2017].

The Swiss recently voted down a proposal to implement a Guaranteed Basic Income, so there is nothing inevitable about this— in the short term. But in the long term, it seems something like it will be a political necessity.

A major part of the Trump coalition were factory workers, coal miners and other working class voters worried about their jobs being eliminated or outsourced. When almost everyone becomes a part of that threatened class, populism will increase even more.

And as the barista at Starbucks with a degree in English Lit and $80,000 in student loan debt can tell you, just sending more people to college isn’t going to do anything to help.

However, the implications go beyond populism. Ultimately, democracy itself will be called into question. A remarkably small number of people will be contributing anything in terms of technological progress or economic growth. In the post-work world, the vast majority of people will simply be consumers, passively absorbing increasingly degraded cultural products which cater to their worst instincts. But because of universal suffrage, these masses will still have the political power to direct more public goods their way, even as the entire System becomes financially unsustainable. A major crisis is all but inevitable.

And adding to the instability: mass immigration. Even if we concede, for the sake of argument, that automation not immigration is the real threat to jobs, adding millions more Third Worlders onto Western infrastructure and social safety networks which are already buckling is practically a guarantee of permanent social conflict. It also increases the amount of competition for those few jobs which will be left.

And because all men are not created equal, class distinctions will also largely be racial and cultural differences and interpreted as such. After all, those liberal arts college graduates the Left loves so much don’t really know how to do anything else [Burn Down the Colleges, by Gregory Hood, Radix, May 20, 2014]. 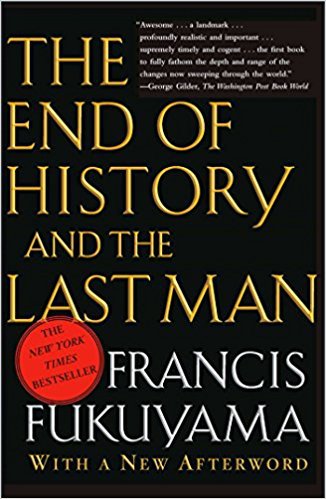 Which brings us to the final factor: identity. Francis Fukuyama posited in The End of History that liberal democracy may be the end of Hegelian History because it best satisfies the human desire for “recognition.” But the “Who? Whom?” conflicts of identity are likely to increase if people can no longer attain dignity through their profession.

“Alienation,” as Marx defined it, will be even worse because individuals won’t even be contributing to the production of commodities. Added to this economic alienation: cultural alienation, as Western nations will be filled with an ever-increasing number of economically-useless Third Worlders eager to claim public goods through the ballot box and sharing nothing in common with Europeans.

The only outlet First World people will have left: identitarian movements. They will reclaim their dignity and reassert their identity as human beings by going “back to blood” and seeking meaning through religious, cultural, and ethnic activism.

What’s more, many of them will have nothing better to do and will have no fear of having their “basic right” of a minimum income stripped away. 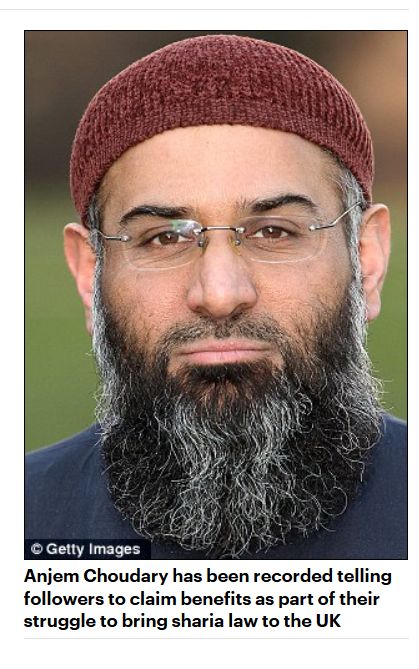 We are already seeing this in Europe. For example, the almost-comically radical Islamist preacher Anjem Choudary worked full time as an organizer and agitator because he received welfare payments from the very government he was trying to overthrow. [Anjem Choudary: a hate preacher who spread terror in UK and Europe, by Vikram Dodd, The Guardian, August 16, 2016] He’s only one of many.

History is about to restart. The end of work, mass immigration, mass unemployment, and the primal need for human recognition are likely to explode in a worldwide Age of Identity. It will confront every Western nation with unprecedented challenges. Preventing the ethnic and cultural conflicts which will rip our civilization apart is the defining issue of the next century.

But our leaders seem determined to just make matters worse. After all, if automation is inevitable, then why are they making the inevitable problems so much worse by continuing mass immigration?

If we are governed by people this stupid and/or malicious, perhaps “a little rebellion now and then” is a good thing after all.