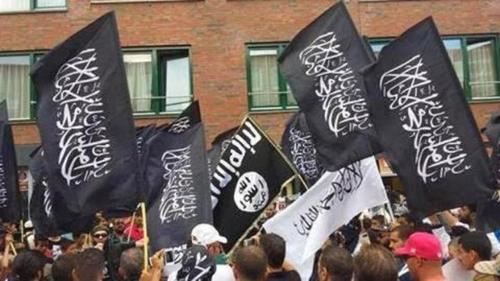 Basic Income Watch: Radical Left and Right Pushing for Payouts—But It Needs To Be For Citizens ONLY

Basic income: it's  inevitable and it is spreading.

The city of Utrecht in the Netherlands will be launching a basic income scheme soon and it is being driven by the hard Left.

A start date for the scheme has yet to be settled – and only benefit claimants involved in the pilots will receive the cash – but there is no doubting the radical intent. The motivation behind the experiment in Utrecht, according to Nienke Horst, a senior policy adviser to the municipality’s Liberal Democrat leadership, is for claimants to avoid the “poverty trap” – the fact that if they earn, they will lose benefits, and potentially be worse off.

The idea also hopes to target “revolving door clients” – those who are forced into jobs by the system but repeatedly walk out of them. If given a basic income, the thinking goes, these people might find the time and space to look for long-term employment that suits them.

But the logic of basic income, according to people to the left of Horst, leads only one way – to the cash sum becoming a universal right. It would be unthinkable for those on benefits to be earning and receiving more than their counterparts off benefits. Horst admitted: “Some municipalities are very into the basic income thing.”

[Dutch city plans to pay citizens a 'basic income and Greens say it could work in the UK, by Daniel Boffey, Guardian, December 26, 2015]

As the article notes, the idea is just as popular among the hard Right as among the hard Left. For example, Greg Johnson at Counter-Currents seems to have the same idea. Johnson regards automation as inevitable and perhaps even desirable. He sees Basic Income as a way for people to more fully realize themselves.

[T]he basic payments I envision would not allow people to live opulently. Thus most people would choose to work. Some might choose to invest their monthly checks. Others might wish to defer them so they can enjoy better old age pensions. But the whole character of work would be changed, because people would not work because they have to. They would work because they want to.

Of course, mass immigration throws a wrench into all of this. If a European nation such as the Netherlands implements such a program on a mass scale, it will quickly displace Germany as the magnet for migrants. And both leftists and rightists have admitted the program is a gamble, as people may well simply take the check and sit around all day as opposed to doing anything worthwhile. The odds of that are dramatically increased if people are moving to an area deliberately for that purpose. A Europe filled with Third Worlders hanging out on corners and chewing khat is a nightmare.

Basic Income seems inevitable and even necessary in an age of automation. The best thing for the Right to do is get ahead of the idea and push it as something targeted for citizens. If it does not, look for Basic Income to emerge as a key tenet of the Left in the years to come and something open to immigrants and noncitizens. Unless this program is set up correctly, instead of setting people free to produce and create, it will simply be a bribe for votes.