Another week, another Executive Order on immigration, another effort by judges to block it.

Like a great many of our other problems, this one is a result of gross stupidity on the part of our federal government in the recent past. 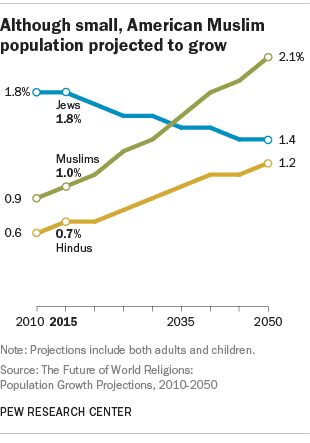 Here I get to repeat one of my favorite apothegms: The most astonishing statistic of our age is that our country admitted more Muslims for settlement in the fifteen years after 2001 than we did in the fifteen years prior.[Federal Data: U.S. Annually Admits Quarter Of A Million Muslim Migrants, By Julia Hahn, September 14, 2015]

All settlement of Muslims should have been ended on September 12th, 2001, and Muslim non-citizens here should have been told to leave. Ann Coulter actually said this at the time, as I recall, and got dropped by some magazine or other for her trouble.[See Where's Janet Reno When We Need Her? September 20, 2001 and L’Affaire Coulter | Goodbye to all that., By Jonah Goldberg, NRO Editor, October 3, 2001]

Now, by the miracle of chain migration, Muslim numbers have swollen beyond anything we can deal with. Further, the ideology of “Hateism”—the ideology, I mean, that says anything I or my government does that is disobliging to a non-white person is driven by hate, as opposed to other motives like prudence, patriotism, or a desire for demographic stability—the Hateism ideology has fixed its clammy grip on our judiciary.

Thus we heard on Thursday that a federal judge, name of Derrick Watson, had put a hold on the Trump administration's latest ban on travelers from six majority-Muslim nations. 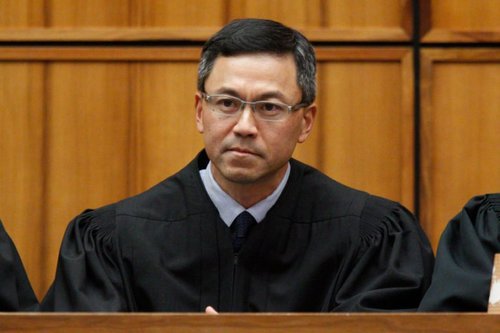 Who is Derrick Watson? Well, that Anglo name notwithstanding, Judge Watson is of native Hawaiian descent, middle name Kahala. He's either fifty or fifty-one years old.

Judge Watson was appointed by Barack Obama five years ago. It was frankly and openly an Affirmative-Action appointment. Obama said at the time that his appointment would "ensure that the judiciary resembles the nation it serves." [From a Placid Judge, a Cutting Rejection of Trump’s Travel Ban, By Alexander Burns, New York Times, New York Times March 16, 2017]

You know, like all those Protestants on the U.S. Supreme Court.

They don't even bother to hide this stuff now.

When in private practice, we're told by the New York Times’ Burns, Judge Watson did pro bono work on behalf of "Mexican nationals," and "Hispanics." The default assumption has to be that those were illegal aliens.

I can't find any record of him doing pro bono work on behalf of white Americans. But that may just be because his résumé is tilted anti-white for purposes of virtue signaling.

Whether he himself is anti-white or not, Judge Watson is at least a patriot of some kind: He served eight years in the Army Reserve.

In his 43-page ruling—yes, you heard that right: it took the judge forty-three pages to explain why the order should be halted, one more page than the Constitution takes up in my pocket edition from the Cato Institute—in his ruling he argued that President Trump's order was motivated by an animus against Muslims, and cited a Trump campaign document from last year calling for a shutdown of all Muslim immigration into the U.S.A. [PDF]

The dictionary gives the primary meaning of "animus" as  "strong dislike or enmity; hostile attitude; animosity.” None of Trump's campaign statements show dispositive evidence of that.

If I tell you that you may not come into my house, it may be because you have a contagious disease I don't want to catch; or because you are known to be a clumsy person and my house contains a collection of priceless Ming vases; or because you are known to have had epileptic fits in which you lash out at other people; or for a hundred other reasons that have nothing to do with "strong dislike or enmity; hostile attitude; animosity." I may, in all those case, feel pity, sympathy, or concern for you, but still be unwilling to let you into my house.

I don't in any case see religious animus, as defined, prohibited to the Executive by our Constitution. Many religions, for most of the existence of the human race, have included human sacrifice and sometimes cannibalism as sacraments. These kinds of practices are still current in remote places like the highlands of New Guinea. If the President were to ban entry of persons who adhere to those religions, would Judge Watson suspend that ban on the grounds it was motivated, as it probably would have been, by the President's "strong dislike" of such practices?

Later on Wednesday another federal judge, Theodore Chuang of Maryland, also an Obama appointee, enjoined the new travel ban. Judge Chuang is another Affirmative-Action hire. During his confirmation hearings, Maryland Senator Ben Cardin played the diversity card on Chuang's behalf: "He is the son of immigrants from Taiwan who came to America seeking freedom and a better life for their family."[ Who is the Maryland judge in the Trump travel ban ruling?, by Ian Duncan, The Baltimore Sun, March 16, 2017]

Why that is relevant to the confirmation of a judge, I don't understand. Nor do I understand why anyone would come to the U.S.A. from Taiwan "seeking freedom." I was in Taiwan last year. It is perfectly free.

I was previously there in 1971, when Generalissimo Chiang Kai-shek was running the place, and before Judge Chuang was born. I wouldn't describe Taiwan as perfectly free in 1971; but people said what they thought, lived pretty much as they pleased, and if you didn't go out of your way to annoy the authorities, the authorities left you alone.

Whether Judge Chuang is anti-white I don't know. But he is much more plainly partisan than Judge Watson. The latter was confirmed by the Senate 94 to zero, no Senators dissenting. Chuang was confirmed 53 to 42, every single Republican voting against confirmation—mainly because when a State Department attorney Chuang had played interference for Mrs. Clinton in the Benghazi investigation. [Senate confirms judge linked to Benghazi scandal, By Ramsey Cox, The Hill,  May 1, 2014]

These are the people we have interpreting our laws, and preaching to the President about what Judge Watson calls the "illogic" of his case.

Our constitutional system, as every schoolchild knows, depends on each of the three branches of the federal government checking and balancing the others. It seems to me that when the President is helpless to do his job because of the pettifogging obstructions of these licensed ideologues, the system is out of balance.

Federal judgeships are for life. The only restraint on them is impeachment; and that requires some sufficient number of congressmen to possess spines … so we can forget about impeachment. We're stuck with these buffoons.

And there's nothing for the President to do but gird up his loins and fight them.

Go to it, Mr. President!