St. Patrick's Day In The Age Of Trump

Now we actually have a President Trump, and while he's not targeting the Irish, most Irish who come here illegally do so to work, and when workplace enforcement happens, they might as well leave.

President Trump, as a New Yorker, is very big on St. Patrick's Day: 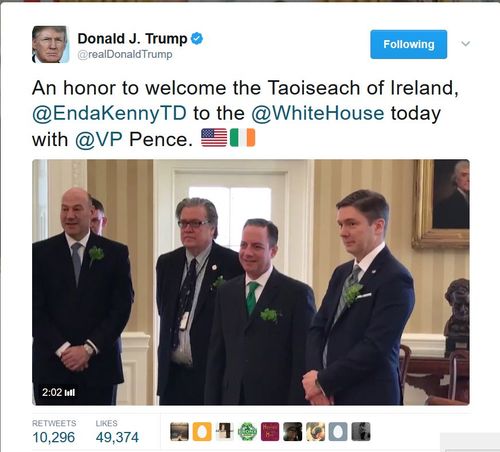 The Irish in America are part of the American nation, but still in their own way:

In spite of our site's Anglo-Saxon bias, we wish the Irish well, and some of them even wish us well.