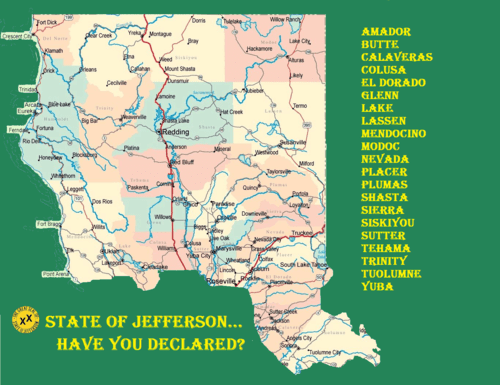 It’s truly incredible how bad Republicans are at this. Rob Bishop of Utah, who oversees Puerto Rico as House Natural Resources Chairman, is now supporting statehood for the commonwealth. “I want to be very clear: I’m very supportive of Puerto Rico statehood,” he said. [Puerto Rico statehood push picks up key GOP endorsement, by Colin Wilhelm, Politico, May 4, 2018]

Needless to say, we here at VDARE.com have published a great deal of material on why Puerto Rico should be given independence. Indeed, many of our writers think we should simply pay Puerto Rico to go away. The last thing America needs is a bankrupt state of permanent dependents that has Spanish as its language. No one can actually believe admitting this state will make the state of our Union stronger.

But let’s ignore that for now. Let’s just stick to the political ramifications. Puerto Rico wouldn’t just give the Democrats another state in the electoral college. It would actually take away voting power from Republican states. As CNN reported in 2017:

Puerto Rico would likely wind up with seven electoral votes. Minnesota, California, Texas, Washington and Florida — three of which voted for Hillary Clinton in 2016 — would each lose one, giving Democrats a net gain of four Electoral College votes based on 2016 election results, if Democrats in fact won Puerto Rico.

A broad 71% of non-Cuban Latino voters in Florida voted for Hillary Clinton, according to exit polls from the 2016 presidential election.

[Here’s what would happen to US politics if Puerto Rico became a state, by Ryan Struyk, October 14, 2017]

Especially after President Trump’s razor thin victory in the 2016 election, you would think Republicans would understand this.

You can’t even accuse Rob Bishop of just grandstanding; he was among the Republicans who stood by then candidate Trump after the notorious Access Hollywood video came out. Though he clearly didn’t favor candidate Trump and obviously wanted him to resign, Bishop said: “Hillary Clinton is unacceptable as a potential president. Unless he [Trump] resigns, I must support the Republican nominee as my only option” [Bishop to vote for Trump as other Utah Republican leaders bail on GOP nominee, by Cathy McKitrick, Standard-Examiner, October 8, 2016]. So why is he willing to take a step that will make it infinitely harder for Republicans to win the Electoral College in the future? Why does he want people who are even worse than Hillary Clinton, people like Kamala Harris, Keith Ellison, or Elizabeth Warren, to be president?

Unfortunately, he’s not the only one. Governor Rick Scott of Florida is also supporting statehood [Rick Scott: Puerto Rico should get statehood, by Julia Manchester, The Hill, May 2, 2018]. And of course, Jeb Bush has been a longtime supporter of statehood [In Puerto Rico, Jeb Bush pushes for statehood, by Ashley Killough and Terrance Burlij, CNN, April 29, 2015].

Few Republicans would support statehood for the District of Columbia. Puerto Rican statehood makes even less sense. Puerto Ricans do not consider themselves Americans and it would be something of an insult to them to say that they are. They have their own culture, history and identity and they have a right to preserve it, just as we Americans have the right to preserve our own culture, history and identity.

The truth is that every Republican knows elections are ultimately about demographics. That’s why even the most moderate Republican wants a gerrymandered district for himself. Every Republican consultant, even those who publicly talk about “diversity,” knows winning an election depends on ginning up turnout among certain groups and depressing it in others. On Election Day, everyone knows all politics is identity politics. 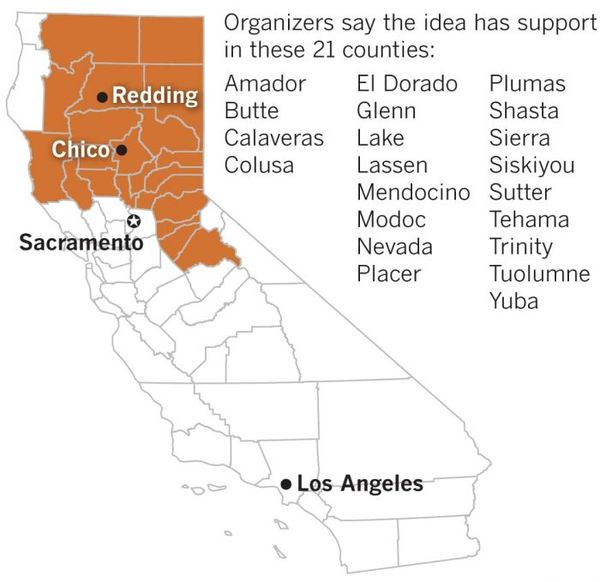 Perhaps it is time for Republicans to start going on offense. Let’s start with the former Golden State. The state of California is so large and unwieldly it is practically ungovernable.

The Republicans should get behind the movement to create the state of Jefferson in northern California [Another Conservative Revolt in California: The State of Jefferson, by Arthur Schaper, Townhall, May 13, 2018]. This conservative leaning region gaining statehood would make it more difficult for the Left to automatically capture all of California’s electoral votes. Immigration patriots should care because anger at the state of California’s liberal immigration policies is partially driving this revolt. And besides, the State of Jefferson almost became a reality; the movement was only really halted by World War II.

All it would take is one Trump tweet. I’m tired of seeing the American Right constantly playing defense and ultimately supporting progressive goals just on a slightly longer timeline than the liberals. Why not take the offensive? Long live the state of Jefferson!