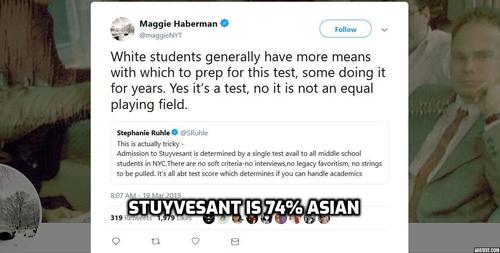 White students generally have more means with which to prep for this test, some doing it for years. Yes it’s a test, no it is not an equal playing field. https://t.co/2s0TwkKwHV

Granted, Asians make up 74% of the Stuyvesant student body, but NYT reporters don’t possess concepts like Asian Supremacy, so who can remember random numbers like that?

Moreover, White Supremacy is now infecting much of the Third World:

For example, in Pakistan where the Prime Minister is either Imran Khan or Mark Wahlberg; and in India: