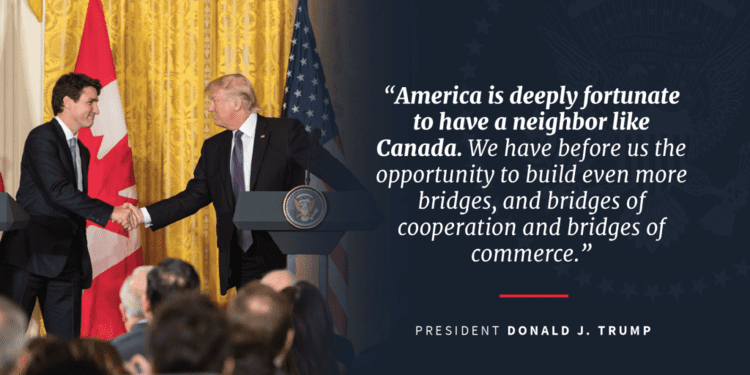 What Are the Chances Both Trump and Trudeau Have COVID-19?

‘I do not show any symptoms’: Trudeau says there’s no need for him to be tested for COVID-19

Although his wife Sophie Grégoire Trudeau tested positive, Prime Minister Justin Trudeau said he has not been examined for COVID-19 based on the advice of health care experts

… “It was explained to me that as long as I do not show any symptoms at all, there is no value to me being tested,” Trudeau said Friday, in a press conference where he was several metres away from reporters.

… For now, the World Health Organization has said that people showing no symptoms of COVID-19 are at “very low risk” of transmitting the virus. However, some very preliminary studies — including a recent paper that tested 135 confirmed cases in China and 93 in Singapore — suggest that infected people can potentially transfer the virus during incubation, a several-day period before major symptoms begin to emerge.

“There’s a high probability, or a substantial risk, that in fact pre-symptomatic patients, or patients with mild symptoms… could actually be contagious,” said Pierre-Gerlier Forest, director of the University of Calgary’s School of Public Policy. “You incubate it for a while.”

Forest also stressed that the studies are in their early stage, and that there is a substantial lack of information on the topic thus far.

“It’s complicated because there’s so much noise,” he said.

My impression is that Tom Hanks Disease has been spread most by the popular, affluent, gregarious, mobile, and influential: the frequent fliers.

The Democrats originally objected to travel bans on the grounds that the Statue of Liberty would cry if we didn’t let in all the disease-riddled huddled masses.

But, a lot of the spreading seems to have been done less by the wretched refuse and instead by the type of people who go on ski vacations in the Dolomites. For example, 86 of the 109 cases in little Iceland are connected to Icelanders who took ski trips to the Italian Alps. An outbreak near me is from a number of residents of Tarzana, CA (yes, this L.A. suburban neighborhood is named after Tarzan) who took a father-son ski trip to Cortina in Italy.

So this disease seems to be spreading from the top down.

Furthermore, it seems to be being spread by the vigorous and not too old, as skiers tend to be.