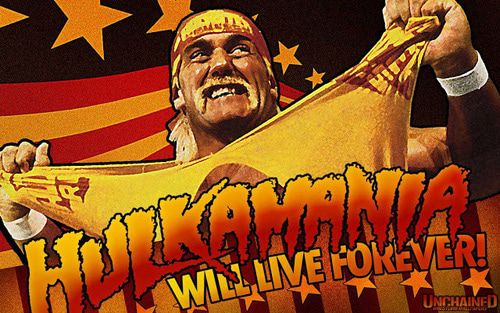 [See Also: Come Back Hulk Hogan! All Is Forgiven... Maybe. How PC Is The WWE? by Paul Kersey]

Few men have had as a great an impact on their chosen field as Terry Bollea, better known as Hulk Hogan. Hogan helped define the 1980s with his all-American persona and larger than life presence, helping Vince McMahon transform the WWE (then the WWF) into a world famous entertainment powerhouse. As an interesting historical aside, Hogan also frequently crossed paths with another 80s icon, Donald Trump.

Few watching this would predict that the casino magnate Trump would be the American president years later, and that Vince McMahon's wife Linda would be his Small Business Administrator. 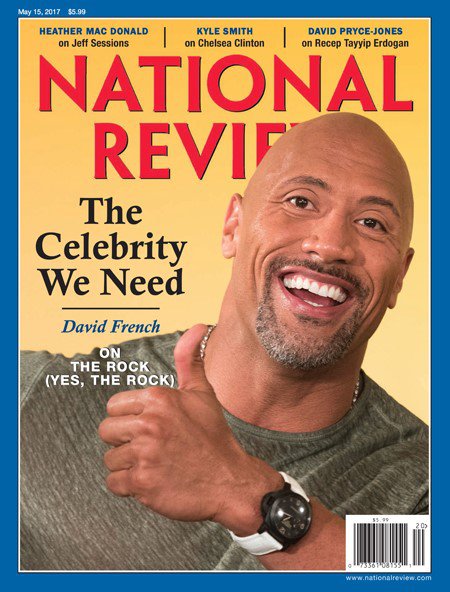 Much of Hogan's appeal lay in his ability to be a positive role model for children without coming off as corny. His motto of "train, say your prayers, and eat your vitamins" sounds hokey in retrospect, but Hogan's presence was such that he pulled it off. His status as an American icon was so entrenched that his his "heel turn" (meaning, he became a bad guy) in the 90s so enraged the audience that they started throwing things into the ring.

Yet Hogan's core popularity was such that the audience couldn't make themselves hate him. After a spending time in rival promotion WCW, Hogan later returned to the WWE and battled Dwayne "The Rock" Johnson. Even though The Rock was promoted as the fan favorite, the audience unexpectedly began cheering for Hogan as they surrendered to nostalgia, stunning the performers. (As an aside, The Rock, despite his liberal beliefs, has been promoted by National Review as a future presidential candidate).

Alas, time has not been kind to Hogan. An ill-advised foray into reality programming undermined his legend, as his family problems and physical decline were broadcast to the world. The truly damaging blow came when a sex tape of Hogan with a woman not his wife was released by a former friend. This violation of Hogan's privacy was promoted by Gawker and Hogan sued with the help of Peter Thiel. In the end, Hogan triumphed in the lawsuit but at a terrible price. The tape revealed that in conversation, Hogan used the "n-word." Reaction was swift; Hogan was literally obliterated from the WWE's corporate memory and purged from its Hall of Fame.

However, as predicted by Paul Kersey here not long ago, Hogan has been restored to the WWE's Hall of Fame [WWE 'reinstates' Hulk Hogan into its hall of fame after a 'three-year suspension' by Adam Silverstein, CBS Sports, July 15, 2018]

There is a catch; it seems that Hogan is going to need to be doing something of an apology tour for black wrestlers, whose greviances are being frantically promoted by the media ['Racist' Hulk Hogan's WWE Comeback Irks Black Wrestlers: 'We Find It Difficult to Simply Forget' by Libby Torres, Daily Beast, July 18, 2018].

Journalists and ideological mouthpieces, whose power depends upon their ability to economically, socially, and politically destroy people, are especially furious. The Good Men Project, another one of those efforts to deconstruct masculinity and teach men to meekly obey the media narrative of the day, was especially hostile.

The world doesn’t truly know Mr. Bollea, no more than they know the real Bill Cosby. Their television characters were compelling but their real-life sins were revolting.

Of course people shouldn't use racial slurs. But implictly comparing Bollea to Cosby is astonishing. Bollea used a word in a private conversation that was leaked to the whole world. This is not a crime nor a violent act, nor is it equivalent to screaming a hateful word at a man on the street. For this, the record of Bollea's entire life was almost destroyed and the legacy of Hulk Hogan was all but destroyed. Hogan is a victim, not a perpetrator.

The implict endorsement of a system that claims the right to police the private conversation of every single white person on the planet is nothing short of monstrous. It's unlimited tyranny. Besides, can a single person on the planet honestly say they would have no problem with every word they had ever uttered in private being broadcast to the entire world?

It's a good thing Hulk Hogan is back in the Hall of Fame because it's a rebuttal of this way of thinking. It's one small victory over the creeping Cultural Marxist tyranny which now claims the right to police not just our public actions but our private conversations.