@VDARE's Tweets At The Convention

Here are the Tweets:

Rep. Chris Collins has the crowd fired up against illegal immigration and for @realDonaldTrump. #RNCinCLE

"The sleeping giant of the American spirit has awakened." - Henry McMaster #RNCinCLE

And here's one of them appearing on the crawl at the convention: 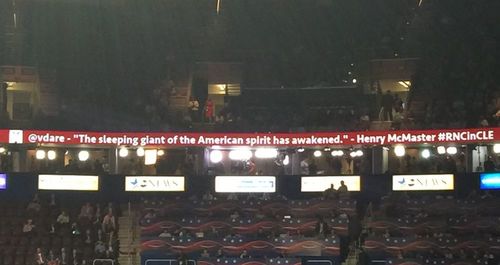 It will be fun to see the SPLC's head exploding, and them trying to "guilt-by-association"  Trump for something Sam Francis said in a speech before the SPLC staffers were born. I just imagine Trump  or his staff explaining slowly "It's a Tweet. Off the Internet. Because of a Hashtag. Grow up!" 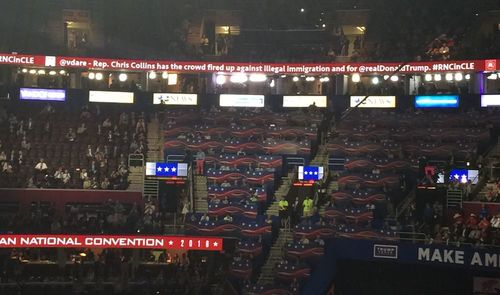 And here's a wider picture of the crowd—this is great fun! 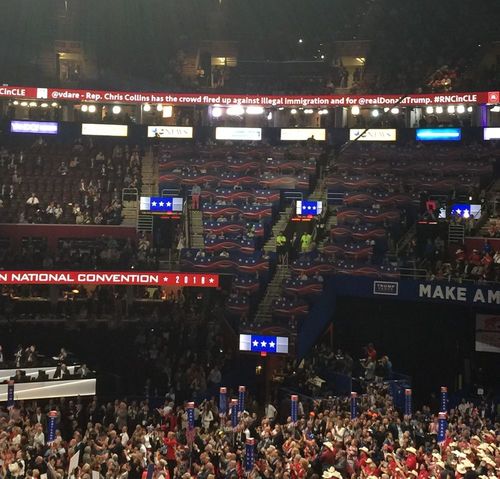