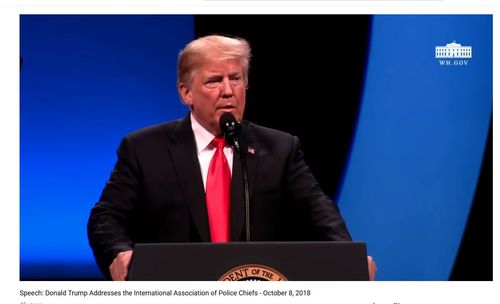 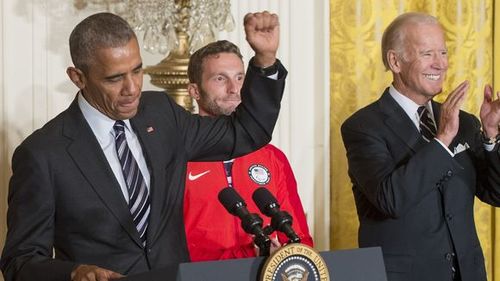 Trump, at his speech to the IACP (International Association Of Chiefs Of Police) did not condemn the Obama Administration for letting drug traffickers out of prison, for releasing many criminal aliens into the community, or for supporting, implicitly, the murder of police officers, and explicitly, the Black Lives Matter riots.

However, Trump did say that his Administration was doing the opposite of that. That's the kind of positive fellow he is:

Last year, we increased the average federal sentence for drug trafficking to its highest level since 2013. For the first time in years, we are ensuring there are real, tough consequences for those who flood our streets with deadly poison.

Thanks to your partnership, last year, our brave ICE agents seized 1 million pounds of narcotics, including almost 7,000 pounds of heroin and more than 2,300 pounds of fentanyl—saving thousands upon thousands of American lives. And this year, we're way ahead of those numbers.

I assume they want to straighten it out. Sometimes I think, "Maybe is it possible that they don't?" But we're going to be there. We're going to try and help them.

Every day, these sanctuary city policies force the release of criminal aliens and gang members right back onto our streets, putting innocent civilians at grave risk—many people being killed.