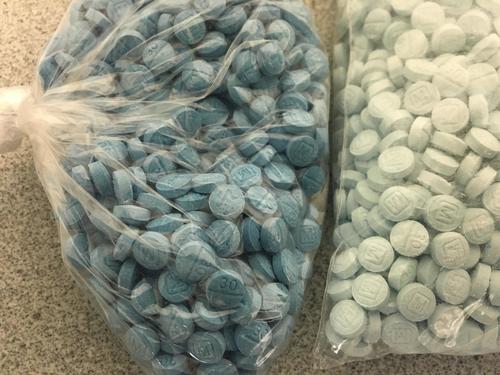 According to a federal criminal complaint, these three brothers drove together to a restaurant located in El Centro, California, where they intended to sell 20,000 pills of fentanyl to a purchaser who, unbeknownst to them, was an undercover special agent with the U.S. Drug Enforcement Administration. Two of the brothers attempted to flee the scene but were apprehended following a brief foot chase. The third brother was not able to flee and, following a brief period of forcible resistance, was ultimately taken into custody.

This arrest followed a series of prior transactions where the brothers, together and at times alone, sold undercover DEA agents additional fentanyl pills.

“We are at a crossroads - we can either continue to let the drug cartels destroy American lives with deadly pills, or we can commit to raising the intensity of our war against foreign criminals who profit from destroying American lives,” said DEA Special Agent in Charge Karen Flowers. “Drugs are deadly, and fentanyl has changed the game. We are no longer dependent on the coca or the poppy plant. We can create chemicals to mimic whatever affect we desire. Our drugs are not Non-GMO certified. They are all engineered in a laboratory. They are cheap, easy to get and manufacture. That line of coke no longer is just cocaine. That hit of smack is hyped up with fentanyl. Crystal is not in your dining room, it is in your arm. They are all potentially laced with a profit-induced additive called fentanyl. No one is strong enough to win that battle. It wins, you die.”

The fentanyl pills that were to be sold to undercover agents on September 13 were pills of fentanyl manufactured to look like 30 milligram oxycodone pills. The combined weight of the pills seized from the three brothers on September 13 was approximately 2.23 kilograms of fentanyl.  The retail street value of these fentanyl tablets is estimated to be $600,000.