No mistaking the motive for this one.

The gunman killed in a stand-off with Dallas police said he was upset about the police shootings of black people and wanted to kill white officers, the city's police chief has said.

Five Dallas police officers were killed and seven wounded by snipers during peaceful protests against the shooting of black men by police, officials say.

Three people are in custody. 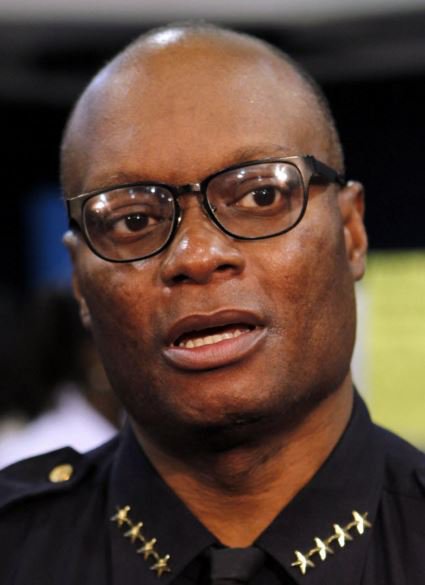 Thus far, there are conflicting reports about whether these were simply "lone wolves" or part of a larger movement. According to Police Chief David Brown's comments, the suspects are remaining largely silent, so it may be some time before we find out the full story.

Adding to the confusion, the Dallas Police say they may not have located all of the suspects, or the explosive devices the suspects say have been placed around the city.

There was a noticeable amount of celebration by self-proclaimed Black Lives Matter protesters at the deaths of police officers. Paul Joseph Watson at Infowars chronicled a large number of examples [Sick: 'Black Lives Matter' Supporters Celebrate Murder of Dallas Cops, July 8, 2016]. However, outside outlets like Infowars, we are not going to see a large amount of coverage about the mainstream anti-police and anti-white attitudes among many African-Americans, nor any soul-searching about how the months long cheerleading for Black Lives Matter may have incited acts like these.

Instead, the Main Stream Media is already tone-policing conservative websites.

There are still many questions about Thursday night's horrendous shooting of Dallas police officers at a Black Lives Matter protest. As I'm writing this post, we know little to nothing about the shooters, or their motives. Nonetheless, Matt Drudge has seen it fit to dispense with his typical racial dog whistles, and instead run this fog horn of a headline.

What a cretinous human being.

[The Drudge Report's Headline About the Dallas Shooting Is Even Grosser Than You'd Expect, by Jordan Weissman, Slate, July 8, 2016]

Yep, Matt Drudge. That's the problem. No doubt, they'll figure out a way to blame this on Donald Trump soon.