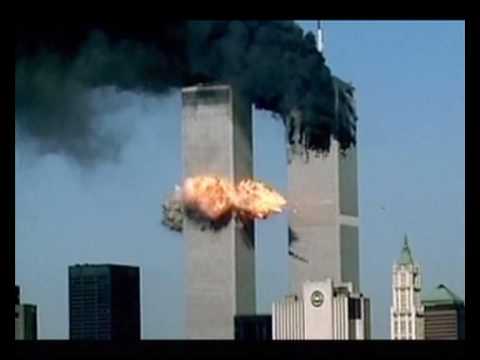 Trump Doubly Correct On Bush And 9/11: His Watch, And He Weakened Arab Airline Screening

Donald Trump has done it again: a crowd of GOP Establishment types is frothing with fury because he has pointed out that as President George W. Bush bore responsibility for 9/11

"When you talk about George Bush, I mean — say what you want — the World Trade Center came down during his time," Trump said.

“He was president, okay?" Trump responded. "Blame him or don’t blame him, but he was president. The World Trade Center came down during his reign.”

In fact of course Trump is technically correct in his (actually very moderate) remark. Navies the world over, for instance, regard the captain of a ship as invariably responsible in principle for the fate of his vessel, regardless of the circumstances. His observation is far less controvertible than his (defensible) comment on ‘Tokyo Rose’ John McCain.

But as it happens, there is more justice in his assertion than perhaps Trump may remember. As Steve Sailer pointed out in Ten Years Ago–9/11 Remembered, Bush's War On Profiling Forgotten

Here's an article I wrote for UPI on the evening of 9/11:

On Oct. 11, 2000, during the second presidential debate, the Republican candidate attacked two anti-terrorist policies that had long irritated Arab citizens of the U.S….

Bush said during the nationally televised debate, “Arab-Americans are racially profiled in what's called secret evidence. People are stopped, and we got to do something about that.”

… In the debate, Bush conflated two separate policies that Arab-Americans and Muslim-Americans felt discriminate against them: the heightened suspicions faced by Middle Eastern-looking travelers at airport security checkpoints and the government's use of “secret evidence” in immigration hearings of suspected terrorists.

…the number of Arab immigrants detained on secret evidence has dropped sharply. Hussein Ibish of the American Arab Anti-discrimination Committee told UPI in June, “Two years ago there were 25 in prison,” he said. “Now we're down to only one.”

He further points out that in 2005 the U.S. Air ticket agent who had checked in the terrorist leader Mohammed Atta said

“I got an instant chill when I looked at [Atta]. I got this grip in my stomach and then, of course, I gave myself a political correct slap…I thought, 'My God, Michael, these are just a couple of Arab businessmen.”

Sadly, a very substantial case can be made that Bush 43’s actions did facilitate the World Trade Center atrocity.

And his irresponsible fecklessness about Arabs continued as James Fulford observed in January 2002 in Er…Why Does Bush Have An Arab Bodyguard Anyway?

As usual, Trump is on to something.