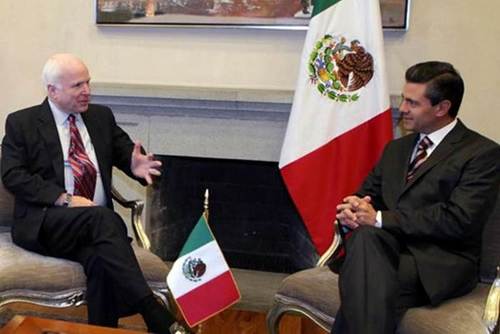 VDARE.com’s relationship with LewRockwell.com is sadly not what it was but we salute them for having the fortitude to post as their lead today John McCain: When "Tokyo Rose" Ran for President July 20 2015. This links to and partially reproduces a Ron Unz post of the same title on the Unz Review which has just been reposted with the following rubric by Unz

[The recent remarks of Republican presidential candidate Donald Trump have triggered a political media firestorm regarding the Vietnam War record of Sen. John McCain, resulting in a surge of renewed traffic to my "Tokyo Rose" piece, which I am now republishing below. An even greater flood of attention has gone to Sydney Schanberg's original 8,000 word article, which I had published as a cover story for The American Conservative several years ago. I urge people to read that remarkable expose.

As a Pulitzer Prize winning former top editor at The New York Times, there are few living Americans who can match Schanberg's journalistic authority in this subject, and the fact that our entire American media has spent years entirely ignoring the explosive and massively-documented charges of one of its most distinguished members demonstrates to all of us that we are indeed living in the world of "American Pravda." I also include a link to my own discussion of Schanberg's remarkable findings]

In essence, there is suspicion that McCain was a collaborator – referred to by Peter Brimelow in Is Donald Trump Surfacing The Long-Rumored HateFact That John McCain Was Not A Hero, But A Collaborator? And Unz documents a major MSM cover up about this – also the Vietnam MIA/POW situation in general.

I note that McCain is deploying as if he is afraid of these allegations. In John McCain Wants Donald Trump to Apologize to Veterans by Arlette Sanchez ABCNews Jul 20 2015 he said

"I don’t think so,” McCain said today when asked whether Trump owes him an apology in an interview on MSNBC’s “Morning Joe.” “But I think he may owe an apology to the families of those who have sacrificed in conflict and those who have undergone the prison experience in serving our country.

Mr. Trump said that he prefers to be with people who are not captured. Well the great honor of my life was to serve in the company of heroes. I’m not a hero,” McCain, 78, added.