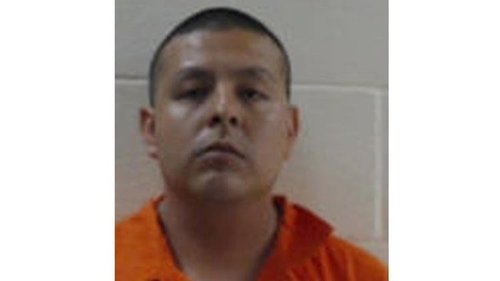 The Real Problem With The Border Patrol: #CrimingWhileHispanic

There is a problem with the Border Patrol and other components of the Department of Homeland Security on the border with Mexico.  It is not, however, a problem with too many shootings or abuse of illegal aliens.  The problem is, as i routinely report, a BRB, Brown Run Border. Corruption within the Department of Homeland Security (DHS) is real, and growing, but it is a problem of a particular group of employees that Border Patrol hires, Hispanics.

And while the myth of Border Patrol brutality is in the press, the reality of Hispanic criminality in the Border Patrol is downplayed or ignored.  While the race of white police officers who use force on black suspects is always the lead in the news, race is never the lead in these following stories about Hispanic corruption and misconduct in DHS.

Did A Border Patrol Agent Aid A Mexican Cartel Decapitation?

A Border Patrol agent in south Texas faces murder charges in connection with what authorities say was a Mexican cartel killing that left a decapitated body floating off the coast of South Padre Island this year.

Border Patrol Agent Joel Luna, 30, was assigned to the Hebbronville station, about 165 miles northwest of the island, and had worked for the agency six years. He was placed on administrative leave after his arrest last week, officials said.

Luna is charged with capital murder, possession of a controlled substance, engaging in organized criminal activity and tampering with evidence in the death of Jose Francisco Rodriguez Palacios Paz, 33, a Honduran immigrant.

Then, not surprising given Mexican age of consent laws:

EL PASO, Texas (AP) — A former U.S. Border Patrol agent in West Texas has been sentenced to six years in prison for having sex with a 15-year-old girl.

Court records indicate Lozada was sentenced last week to six years in state prison on each count, with the terms running currently.

Prosecutors say Lozada had a sexual relationship with the teenager for more than a year before his arrest last March by El Paso police. Lozada was placed on administrative leave following his arrest.

TUCSON, Ariz. (AP) — A former U.S. Customs and Border Protection officer has pleaded guilty to conspiring to smuggle marijuana into Arizona and accepting bribes to let drug loads through the Douglas port of entry.

They say Acosta also pleaded guilty to accepting thousands of dollars in bribes to allow drug-loaded vans from Mexico to cross the Douglas port without inspection.

There is a problem on the border, but it's not that too many illegals are arrested, and it's not shootings by Border Patrol Agents; the problem is Hispanic crime within the Border Patrol and DHS.  But the left, which prominently mentions race when white law enforcement officers are involved in allegations of misconduct, never mentions the race most often involved in what few corruption and abuse cases occur: Hispanics.