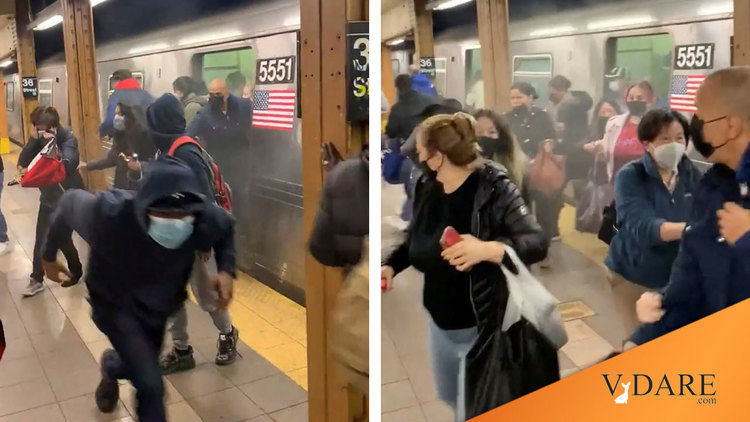 Luck and poor marksmanship appear to have saved the victims of the subway attack.

Inside the roughly 750 square feet of a subway car on Tuesday morning, a gunman unleashed a hail of bullets, firing at rush-hour commuters at close range — captive victims.

While 33 bullets were sprayed from his Glock handgun, they wounded only 10 passengers. …

Not one person died.

“I don’t understand the physics of it; he’s feet away from people with a firearm that is designed to kill people — and no one got killed,” said Paul M. Barrett, the author of “Glock: The Rise of America’s Gun.” “I think it is either tremendous luck — or a miracle.” …

Mr. James has been charged with the federal crime of committing a terrorist act on a mass transit system. …

The handgun was on its fourth owner, according to the law enforcement official. It was sold new in Texas in 2006 and resold in Georgia, then in Massachusetts, and then finally to Mr. James, who bought it legally in Columbus, Ohio, in 2011.

… The location of the injuries, in the lower parts of victims’ bodies, could indicate that the man was shooting from his hip, keeping the gun low, Mr. Magill said, and thus throwing off his aim.

“Luckily he wasn’t a skilled person with a gun,” Mr. Magill added.