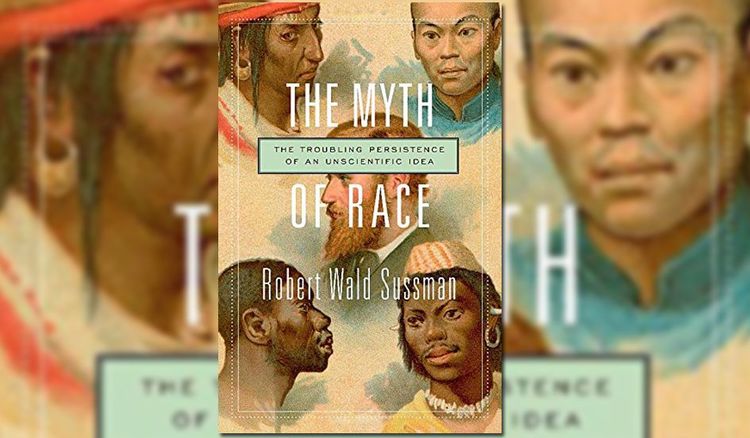 In Robert Sussman’s “Tainted Sources”—Playing The Telephone Game Against AMERICAN RENAISSANCE’s Jared Taylor, I talk about the book  The Myth of Race: The Troubling Persistence of an Unscientific Idea, by Robert Wald Sussman [Email him] which was excerpted in Salon.

Don't confuse that with The Myth of Race, by Jefferson M. Fish, Ph.D (no excerpt in Salon) or A Dreadful Deceit: The Myth of Race from the Colonial Era to Obama's America, by Jacqueline Jones,  excerpt and review in Salon. As for The Race Myth: Why We Pretend Race Exists in America , by Joseph L. Graves Jr., well...

You see the point—the myth that race is a myth is an enduring one, although of recent vintage. I could give you five or six more examples, but it goes back to Ashley Montagu's Man's Most Dangerous Myth: The Fallacy of Race, originally published in 1942. 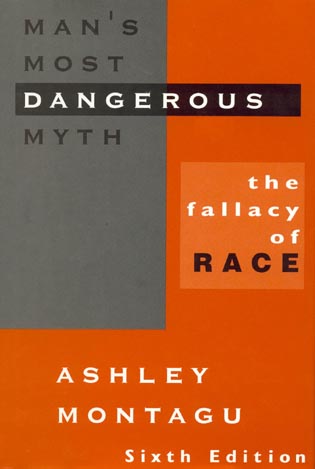 This is from  anthropologist John J. Shea writing in reply to  reader's letter to American Scientist

An anthropologist who proposed using race as a serious way of describing human variability would be laughed out of the profession—not for reasons of political correctness, but because the idea displays a manifest ignorance of biology. More than 60 years ago, M. F. Ashley Montagu demolished the concept of “race” in his book, Man’s Most Dangerous Myth: The Fallacy of Race (1945). Nevertheless, like many a bad idea, the notion persists that there is some useful purpose in classifying humanity into five, six or a dozen races. But it persists at the margins of anthropology, among popular-science books and in the nonscientific imagination. Living humans share too recent a common ancestor for there to be many deep-seated biological differences among us. From an evolutionary standpoint, we are all Africans.Race is folk taxonomy, not science. The variables used to organize it, such as skin color and hair texture, are arbitrary choices. A case can be made that the concept of discrete European, African, Asian and American races probably arose from the medieval theory that variation in human behavior reflected imbalances in the four (white, black, yellow and red) “humours.”[ Is Race Real?, July-August 2011]

Of course, this is completely idiotic, including the idea that we can rely, scientifically, on a polemic published in 1942, ten years before Crick and Watson discovered DNA.