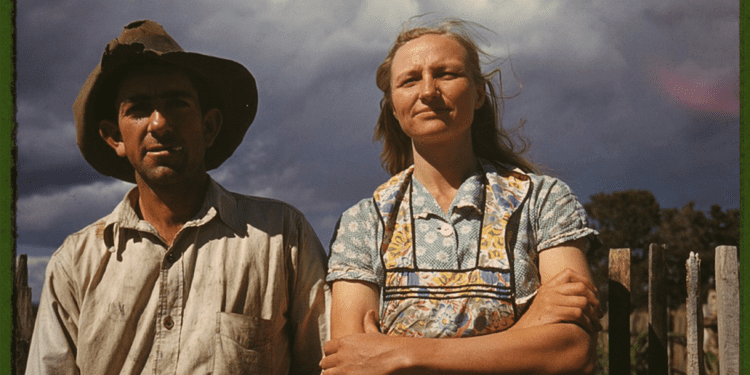 During the Depression, the Works Progress Administration famously paid for photographers like Dorothea Lange, Walker Evans, and Gordon Parks to take photos of Dust Bowlers and other poor Americans. One of the rare sets of WPA photos shot in color were by Russell Lee of homesteaders in Pie Town, New Mexico, a wide spot in the road at 8,000 feet elevation.

But that’s triggering today, so an artist is erasing all the men from Lee’s photographs to retcon Pie Town in 1940 into a lesbian utopia.

By revisiting and refuting the cultural history of the West, this group is using time as its primary medium, looking backward to inform a different kind of gay future.

I don’t think the New York Times quite knows the meaning of the word “refute” anymore.

… Now you fully realize that, despite a few boy babies, there are no men in Pie Town. There are only women, living their lives, singly, in couples, in families, in community. What heaven, what haven, what mirage is this?

The original images, taken by the American photojournalist Russell Lee for the Farm Security Administration in 1940, depicted Pie Town as it actually was, its traditional gender roles and pairings strictly observed. According to Lee’s caption, Jessie and Edith Evans-Whinery were, in reality, just Jack Whinery and his unnamed wife. The Caudills weren’t Fae and Doris but Faro and his anonymous missus. Dozens of other photographs have been manipulated as well, pushing existing women closer together to suggest coupledom, or creating wives where husbands had been by removing Adam’s apples, lantern jaws and five-o’clock shadows.

“My Pie Town,” as the series of altered photographs is called, is the work of the American artist Debbie Grossman: an attempt, she has said, “to make the history I wish was real.” 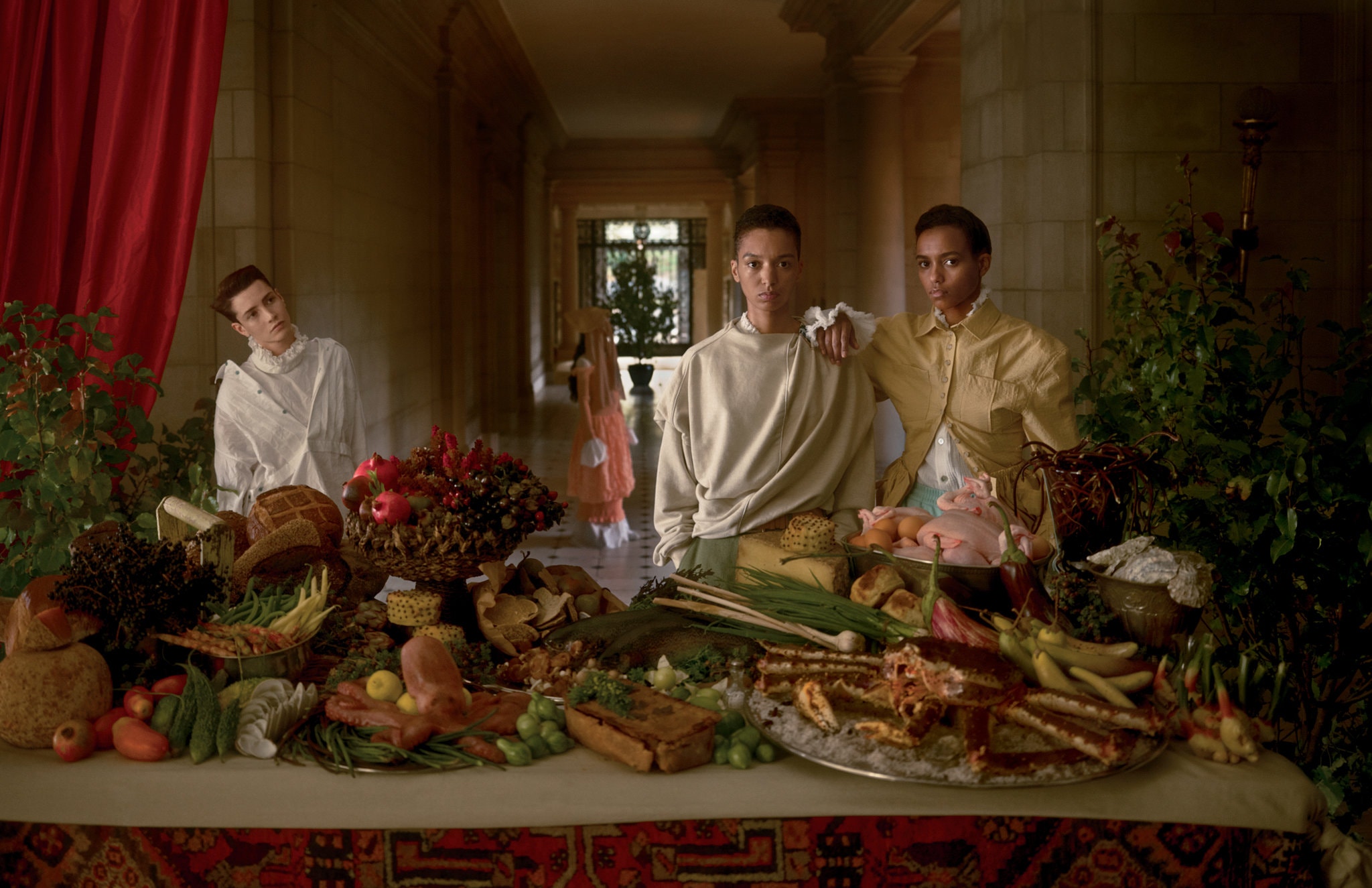 Yeah, that’s the actual caption in the NYT.