As I’ve been pointing out for years, a standard way an ambitious coach raises the success level of a college football or basketball program is to dare to scrape the bottom of the behavioral barrel harder than rival coaches when recruiting giant young males. A statistically likely side effect is that more coeds on your campus get raped, but boosters can pay the young ladies off.

And since most of the football and basketball player rapists are black and their victims tend to be white, nobody has really wanted to talk about what’s going on terribly explicitly. Black-on-white rape is a stereotype, right? So therefore it’s nothing to worry about.

It’s much more socially acceptable to make up stories about Haven Monahan and the Duke lacrosse team menace. Haven Monahan shattered stereotypes, just like he shattered glass, so we should notice him, not all the black basketball and football player rapists who actually exist.

Finally, however, a college has fired its highly successful $6 million per year football coach over this. From the NYT (with my adding photos of the athletes referred to in the article):

Kenneth W. Starr, the former independent counsel who delivered a report that served as the basis for President Bill Clinton’s impeachment in 1998, was removed as president of Baylor University on Thursday after an investigation found “fundamental failure” by the university in its handling of accusations of sexual assault against football players.

The university also fired the football coach, Art Briles, whose ascendant program brought in millions of dollars in revenue but was troubled by accusations of sexual assault committed by its players — an increasingly familiar combination in big-time college sports.

Mr. Starr was stripped of his title as university president but will remain Baylor’s chancellor and a professor at the law school. …

Critics have claimed that Baylor sacrificed moral considerations — and the safety of other students — for the sake of its winning football team. …

Mr. Starr, who was solicitor general and a federal judge before taking on the Clinton case, has been credited with raising hundreds of millions of dollars for Baylor, the country’s largest Baptist university, in part by yoking its fortunes to football. …

That Baylor had an apparently functioning athletic department was seen as an achievement in itself:

The university experienced one of the worst college sports scandals ever after a men’s basketball player murdered a teammate in 2003, with a subsequent investigation revealing drug use and payments to players, resulting in harsh N.C.A.A. penalties. 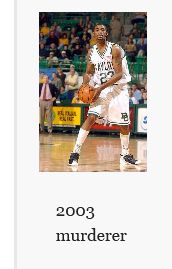 Baylor said it had retained counsel for the possibility of an N.C.A.A. investigation into the latest transgressions.

The circumstances took on a new dimension nearly a year ago, when a former football player, Sam Ukwuachu, was convicted of sexually assaulting another Baylor athlete and sentenced to six months in jail. 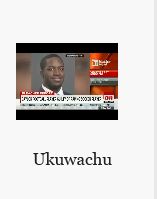 During the trial, a former girlfriend of Mr. Ukwuachu’s testified that he had assaulted her several years earlier, when he had been a football player at Boise State.

Baylor denied that it had been apprised of Mr. Ukwuachu’s history; Boise State disputed that denial.

The Ukwuachu case came a year after Tevin Elliott, a former Baylor player, was convicted of sexually assaulting a Baylor freshman. 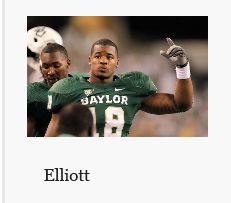 Two other Baylor students testified that Elliott also had sexually assaulted them. He was sentenced to 20 years in prison.

Subsequent news reports have found several other accusations of sexual assault by Baylor athletes, including one against two players that Baylor did not investigate for more than two years.