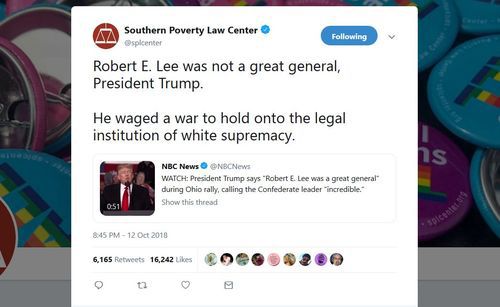 The Fakest Part Of Fake News On Trump, Lee, And Grant: The Idea That Lee Was Not A "Great General"

Here was the tweet from NBC, with the usual scare quotes: “President Trump says ‘Robert E. Lee was a great general’ during Ohio rally, calling the Confederate leader ‘incredible.’”

Hysteria, of course ensued. To make it clear what was actually going, Trump was speaking in Ohio--a Northern state--on the subject of Ulysses S Grant, who had the task of beating Lee.

Having been caught peddling Fake News, the leftist, anti-Trump network tweeted minor correction: “An earlier tweet misidentified the general President Trump described as "incredible" at a rally in Ohio. It was Gen. Ulysses S. Grant, not Gen. Robert E. Lee.” 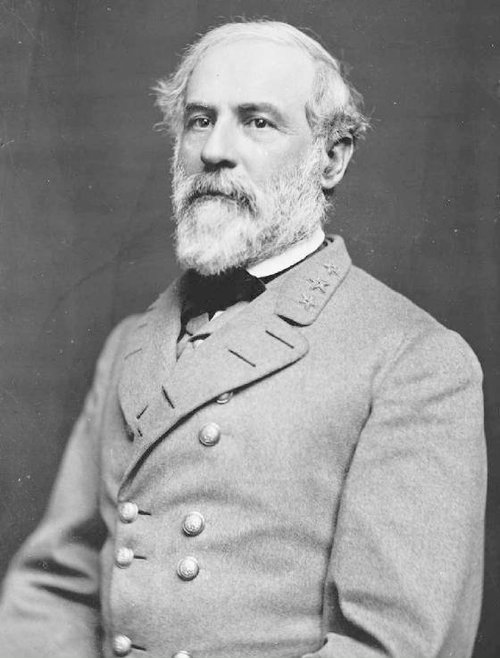 Forgetting that NBC got it exactly backward, so what if Trump had praised Lee? He was a “great general,” and was “incredible,” considering what he did with much less manpower than the Union Army. As well, Lee was an individual of surpassing physical courage.

No serious historian debates Lee’s martial virtues or abilities as a commander, and it was, once, something everyone accepted as settled truth, regardless of what “side” they would have taken during the Late Unpleasantness. If you don’t believe that, read what Lee’s opponents said of him.

It’s only in the last two decades that denouncing Lee has become something of sport, thanks to the historical revisionism from those who would happily lay waste to the American South even today if they could get away with it.

Here for instance, was the first sentence of  $PLC’s Heidi Beirich’s short howl, unretracted as far as I can tell after NBC’s correction: “Robert E. Lee was a slaveholder who led an armed rebellion against the United States to keep people enslaved.”

By praising him, President Trump is making a direct appeal to the politics of resentment.

This is the kind of revisionist history that has kept Jim Crow alive in the South for more than 150 years.

There is no reason to praise a Confederate general at a political rally other than to fan the flames of hate.

And U.S. Grant, the general Trump did praise, was a slaveholder whose army waged upon Lee’s people.

Beirich, of course, is a leftist idiot. Because she doesn’t know history, she doesn’t understand what Americans thought back then, or how they viewed themselves, their states and their country.

Not that it would matter. Even if she did understand those things, she wouldn’t care. Because she, and those like her, are fanatical, totalitarian enforcers of revised history.

And Beirich is a little history-challenged herself. Last time I checked, Jim Crow, a catch-call term for the laws mandating racial segregation, has been dead since the Civil Rights Act passed in 1964. Perhaps 1965, if you date its death to the Voting Rights Act.

The attempt to wreck Lee’s reputation, which had been secure even among diehard Yankees until the last 20 years or so, is despicable.

Let’s the state the truth. Marse Robert was one the greatest Americans who ever lived. Period.