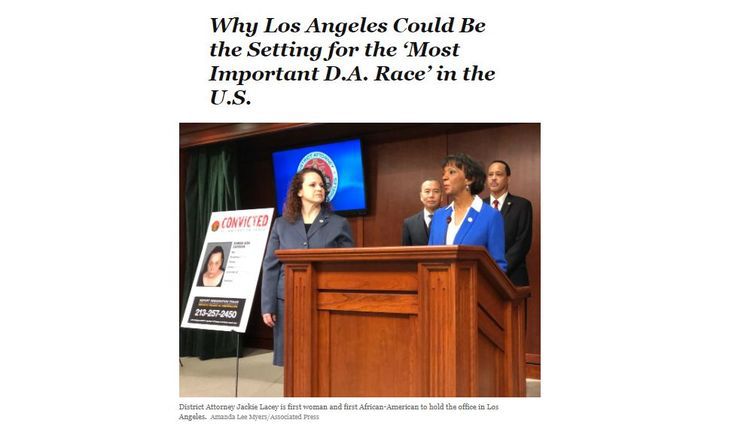 There’s clearly a campaign going on in George Soros-affiliated media to replace the anti-crime black woman district attorney of Los Angeles County with somebody more Kim Foxx-like, even if it’s a white guy from San Francisco. From the New York Times:

Why Los Angeles Could Be the Setting for the ‘Most Important D.A. Race’ in the U.S.

LOS ANGELES — Los Angeles has the biggest jail system in America and sends people to state prison at almost four times the rate of San Francisco, even though violent crime has fallen in both cities.

San Francisco is the richest and most expensive city in America and is only 5% black and 15% Hispanic, with, in my impression, virtually no old time Mexican gangs.

L.A. is 9% black and 49% Hispanic, with the most famous old time gangs in the U.S., such as the Crips and the Bloods.

Los Angeles has made a lot of progress against gangs since Bill Bratton was brought in to head the LAPD by ex-mayor Jim Hahn. Out went the strategy of “decapitating” gangs by targeting “kingpins.” It turned out you don’t actually need a criminal mastermind to head a gang. In fact, arresting kingpins made gang membership more attractive for junior members since it gave them opportunities to rise up the ranks.

Instead, So Cal law enforcement switched to rounding up large fractions of gangs at once, using RICO.

But when it comes to criminal justice, the two cities could not be more different.

“They are polar opposites,” said Patrisse Cullors, a co-founder of Black Lives Matter.

Now, those competing approaches — pushing to reform mass incarceration versus a more traditional get-tough-on crime tact — are likely to clash in the race for district attorney of Los Angeles. George Gascón, the district attorney of San Francisco, is weighing a return home to Los Angeles, where he was a police officer in the 1990s, to challenge Jackie Lacey, Los Angeles’s incumbent top prosecutor, setting the stage for what activists and experts say will be the most important district attorney’s race in America. …

As he weighs the decision, Mr. Gascón has been visiting local activist groups in Los Angeles, including Black Lives Matter. …

Activists in Los Angeles, as well as national figures who have backed, with campaign cash and grass-roots support, liberal district attorney candidates across the country in recent years, are pushing Mr. Gascón to run. 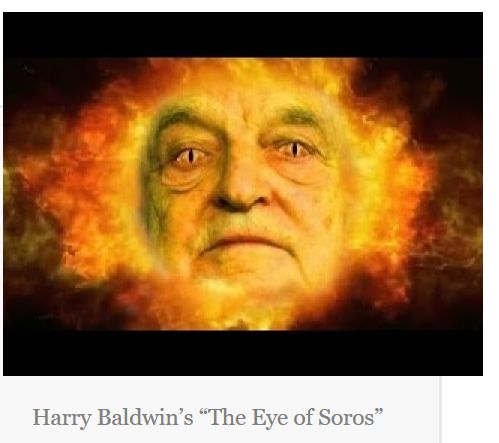 … When Ms. Lacey was elected district attorney in 2012, she became the first woman and first African-American to hold the office, and she was embraced by liberal activists as someone they hoped would take a new approach to criminal justice. But in office, she has spoken out against statewide reforms of recent years aimed at reducing prison populations, and put herself forward as an aggressive enforcer of the law, an approach that won her two elections.

… And this week, the American Civil Liberties Union published a report of Ms. Lacey’s handling of the death penalty, calling it “shameful” and riddled with racial bias. The report found that all of the 22 people sentenced to death in her tenure were people of color. And while Governor Newsom in March announced a moratorium on executions, Ms. Lacey has said she remains supportive of capital punishment, noting that it is still the law in the state and that voters have backed the penalty. Her office continues to pursue new death cases.

In a written response to questions, Ms. Lacey said, “My values are a reflection of my experience growing up in the Crenshaw District. Growing up, we witnessed gang violence, poverty and difficult relations between the police and community. From the Watts riots, to overcrowded prisons, to seeing people I knew going to jail and becoming victims of crimes, I don’t come from the privileged background of a typical county D.A.”

Ms. Lacey was unapologetic about being tough on crime, writing that her goal is to create an environment “where children in disadvantaged communities have the opportunity to thrive and not live in fear.” …

These days, each Wednesday, Black Lives Matter activists hold rallies outside Ms. Lacey’s office at the Hall of Justice in downtown Los Angeles, to protest her tenure in office and demand her removal. But how much success they will have remains to be seen.

“There’s just a really stark contrast,” said Lara Bazelon, a professor at the University of San Francisco School of Law, referring to San Francisco and Los Angeles. “I guess the huge unanswered question is, are L.A. voters ready for someone who’s more progressive?”

How many Americans have the Bazelon family helped get murdered over the last three generations?