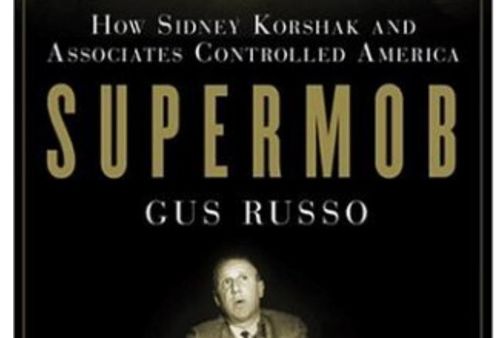 A Theory About Why Judge Bazelon Could Empathize with Criminals

With the Bazelon Dynasty back in the news with Emily Bazelon’s book on Ending Mass Incarceration, a reader points out that before her grandfather David Bazelon became a Liberal Lion who did so much toward Ending Mass Incarceration in the 1960s, with such disastrous consequences for the crime rate, the elder Bazelon had a lot of interesting associates in post-Al Capone Chicago according to the book Supermob:

Investigative reporter Gus Russo returns with his most explosive book yet, the remarkable story of the “Supermob”—a cadre of men who, over the course of decades, secretly influenced nearly every aspect of American society. Presenting startling, never-before-seen revelations about such famous members as Jules Stein, Joe Glaser, Ronald Reagan, Lew Wasserman, David Bazelon, and John Jacob Factor—as well as infamous, scrupulously low-profile members—Russo pulls the lid off of a half-century of criminal infiltration into American business, politics, and society. At the heart of it all is Sidney “The Fixer” Korshak, who from the 1940’s until his death in the 1990s, was not only the most powerful lawyer in the world, according to the FBI, but the enigmatic player behind countless 20th century power mergers, political deals, and organized crime chicaneries. As the underworld’s primary link to the corporate upperworld, Korshak’s backroom dominance and talent for anonymity will likely never be equaled. And as Supermob proves, neither will his story…

Other associates of the elder Bazelon included Paul Ziffren and various Pritzkers. (As you may have noticed, Pritzkers remain in the news, picking out Barack Obama for big things and getting elected governor of Illinois.)

Lots of guys who knew guys like Jules Stein and Sidney Korshak drifted from Chicago to Los Angeles and/or Las Vegas, but Bazelon went to D.C., getting put in charge of the Office of Alien Property where he sold off Los Angeles farmland seized from Japanese farmers and patents taken from German firms, sometimes to old friends of his from Chicago.

But who could remember what Bazelon did to get ahead in life? When he finally had money and prestige he used it to fight for criminals’ rights.