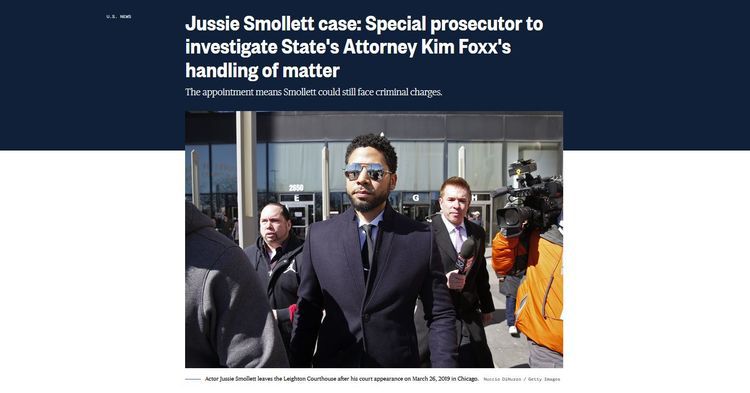 CHICAGO — A judge ruled Friday that a special prosecutor needs to investigate Cook County State’s Attorney Kimberly Foxx’s handling of the Jussie Smollett case and that the “Empire” actor should be re-examined for possible criminal charges.

Cook County Circuit Court Judge Michael Toomin ruled in favor of Sheila O’Brien, a former appellate judge who had called for a special prosecutor to find why charges were dropped against Smollett over his allegedly false report that he was the victim of a racist, homophobic attack.

“The unprecedented irregularities identified in this case warrants the appointment of independent counsel to restore the public’s confidence in the integrity of our criminal justice system,” wrote Toomin, who is presiding judge over the Cook County Juvenile Justice Division.

Not only should a special counsel take a fresh look at Foxx’s actions, but the independent prosecutor should look at “all aspects of the case” and “if reasonable grounds exist to further prosecute Smollett, in the interest of justice, the special prosecutor may take such action as may be appropriate,” Toomin wrote.

While Smollett was indicted for allegedly making a false police report, he was never put on trial. So double-jeopardy protections against being prosecuted after an acquittal would not apply here.