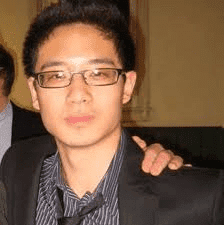 Last week I noted in War Against Christmas Strikes In Heartland America that by now even the lowliest journalists have got the memo – reporting Christmas repression stories is career-inimical. But equally battle fatigue must be a factor – the anti- Christmas forces have not developed any new propaganda line in over a decade. Writing these things is boring.

Happily there are immigrants to do the tedious and dirty work – The Daily Beast has one in Asawin Suebsaeng their “Deputy social media editor” He was delegated to write Happy Festivus! Why I’m for the War on Christmas 12.23.14.  Suebsaeng appears to be an import from Thailand.

This essay is a throwback to the early days of the War Against Christmas when direct statements of unalloyed animosity were quite common. Suebsaeng’s primary argument is a simple recycling of the Proposition Nation myth

The United States was not founded as a Christian nation, no matter how many zealots wish it had been.

to which Tom Tancredo’s refutation is conclusive.

Beyond that the piece is basically a collection of insults

Whenever a group of nonbelievers attempts to broadcast that Jesus of Nazareth wasn’t born on December 25, all they are doing is promoting historical fact… without the War on Christmas, we would miss out on energetic spurts of pluralism, free expression, and Pop Art such as the “crucified skeleton Santa of Leesburg, Virginia.”

Evidently the Thai Buddhist tradition of politeness about the religion of others did not survive the journey to America.

However, Suebsaeng does a service in reporting on Bill O’Reilly and Fox News.

The so-called War on Christmas, says overpaid bloviator Bill O’Reilly, has been won by his god-fearing, flag-flourishing side…

O’Reilly is right about one thing: This year’s Fox News coverage of the War on Christmas, which he and his colleagues (and many on the Christian right) have been waging for years now, has been less ragingly hysterical than previous years.

VDARE.com has reason to believe that O’Reilly here is obeying the general Fox editorial retreat from defending Historic America which became clear last year: Mickey Kaus On The Fox All-Amnesty Lineup. His going soft in Amnesty resulted in Laura Ingraham Brutally Cuts Up Traitor Bill O' Reilly – a pleasure for those who appreciate Blood Sports.

Pleasantly, The Daily Beast comment thread attracted quite a number of Christmas defenders, who were not always polite.

However, it might be that The Daily Beast censor was too busy celebrating Festivus. In a crude effort to offend traditionalists the story’s cover picture is of the hands of a Black Santa. This attracted

everyone knows Santa is white.  If he were black, then he'd climb down the chimney and steal your presents.