Radio Derb Is On The Air: Ghosts of Radio Derb Christmas Past 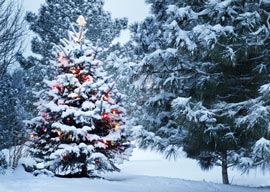 This week’s podcast departs from the usual format.

The news is as usual rather depressing all over.  It is not to be ignored, of course, and I shall return to it in future broadcasts.  This week, however, rather than cast a pall of gloom over your festivities, I shall take you on a trip down Memory Lane.

This past year, 2014, we marked the tenth anniversary of Radio Derb.  I thought it would be fun, and perhaps instructive, to glance back over the first ten Christmas broadcasts, from Christmas 2004 to Christmas 2013.

So that's what we shall do this week.  I'll proceed backwards through time, beginning with last year's Christmas broadcast, then stepping back year by year to 2004 …

Brace yourselves, then, listeners, to encounter, yes, the ghosts of Radio Derb Christmas past.