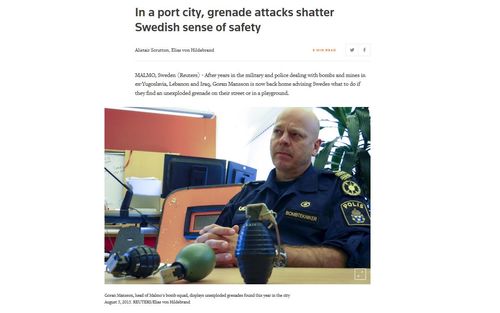 Here’s a recent video report from Sweden, where its peace, prosperity and calm monoculture have been deeply battered by the influx of hostile muslims.

The problem started with misplaced generosity in 2013 when Sweden offered a blanket amnesty-welcome to ALL Syrians.

One rather startling symptom of Muslim invasion is their use of grenades.

In Sweden’s history there hasn’t been a single case of a native Swede carrying out a grenade attack. Every attack with grenades has been committed by a migrant or refugee gang member, and yet police in Sweden are forbidden from reporting the ethnicity or background of criminals and so targeting the problem immigrants from Africa and the Middle East remains impossible. 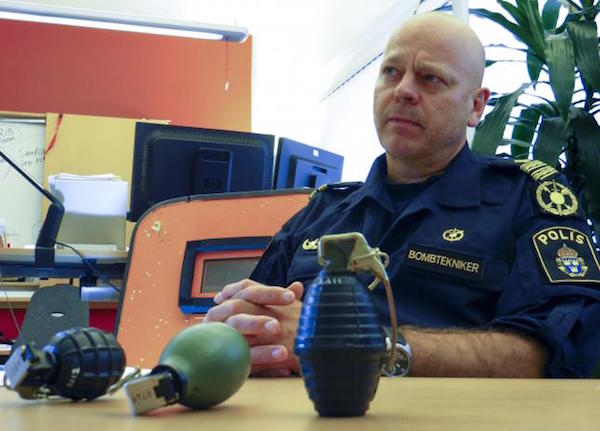 Sadly, the government remains in denial, pretending that the problem does not exist — and that looks like surrender to Musilims.