I don’t actually know how to pronounce the name of the founder of the science of ancient DNA, Svante Pääbo, but I’ve always enjoyed saying his extremely metal name anyway:

Nobel Prize in Physiology or Medicine Is Awarded to Svante Pääbo

The Swedish geneticist was honored for his work in sequencing the genome of the Neanderthal, an extinct relative of present-day humans.

The Nobel Prize in Physiology or Medicine was awarded to Svante Pääbo on Monday for his discoveries concerning the genomes of extinct hominids and human evolution. …

Nil-Göran Larsson, a professor in medical biochemistry for the Karolinska Institute in Stockholm, said that Dr. Pääbo had used existing technology and his own methods to extract and analyze the ancient DNA. “It was certainly considered to be impossible to recover DNA from 40,000-year-old bones,” Mr. Larsson said.

… This is a developing story. Check back for further details.

A huge finding by Pääbo is that the Neanderthal isn’t wholly extinct: most non-African living humans have inherited a couple of percent or so of our genome from Neanderthals. That modern humans would have some Neanderthal genes had previously been predicted by Gregory Cochran and Henry Harpending.

He also sequenced the Denisovan genome and found it was a previously unknown relative of the modern human and many living humans have inherited a few percent of their genome from Denisovans.

By the way, Pääbo was not a long-shot underdog choice for the Nobel. He’s clearly one of the giants of 21st century science and the only question was how long he’d have to wait while more elderly 20th century scientists got their belated Nobels. From the Nobel organization’s press release:

He also made the sensational discovery of a previously unknown hominin, Denisova. Importantly, Pääbo also found that gene transfer had occurred from these now extinct hominins to Homo sapiens following the migration out of Africa around 70,000 years ago. This ancient flow of genes to present-day humans has physiological relevance today, for example affecting how our immune system reacts to infections.

Early in his career, Svante Pääbo became fascinated by the possibility of utilizing modern genetic methods to study the DNA of Neanderthals. However, he soon realized the extreme technical challenges, because with time DNA becomes chemically modified and degrades into short fragments. After thousands of years, only trace amounts of DNA are left, and what remains is massively contaminated with DNA from bacteria and contemporary humans (Figure 1). As a postdoctoral student with Allan Wilson, a pioneer in the field of evolutionary biology, Pääbo started to develop methods to study DNA from Neanderthals, an endeavor that lasted several decades. …

New powerful methods for sequence analysis indicate that archaic hominins may also have mixed with Homo sapiens in Africa. However, no genomes from extinct hominins in Africa have yet been sequenced due to accelerated degradation of archaic DNA in tropical climates. …

Thanks to Svante Pääbo’s discoveries, we now understand that archaic gene sequences from our extinct relatives influence the physiology of present-day humans. One such example is the Denisovan version of the gene EPAS1, which confers an advantage for survival at high altitude and is common among present-day Tibetans. Other examples are Neanderthal genes that affect our immune response to different types of infections. 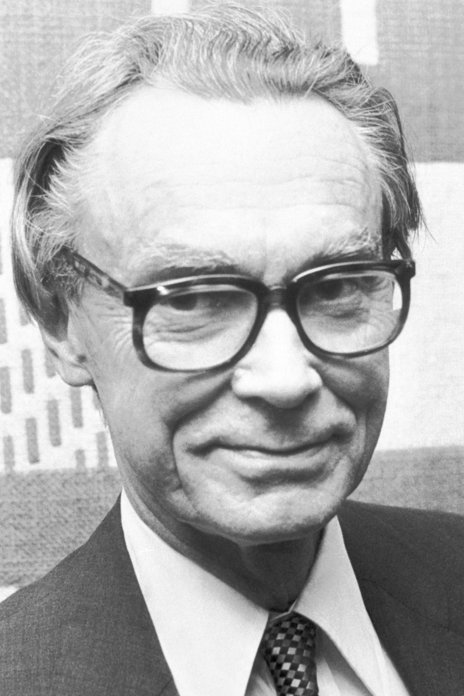 Speaking of heredity, Pääbo is the son of another Nobel Laureate in Physiology, Sune “Single Umlaut” Bergström. Wikipedia reports:

Pääbo was born in Stockholm and grew up with his mother, Estonian chemist Karin Pääbo. His father was biochemist Sune Bergström, [pictured right] who shared the Nobel Prize in Physiology or Medicine with Bengt I. Samuelsson and John R. Vane in 1982.

Pääbo was his Nobel Laureate’s father’s secret son. He had a legitimate half-brother born the same year as him to his father’s wife. The two half-brothers didn’t meet until this century.