Straight Outta the Memory Hole, Or How Come Compton Stopped Being White?

The further we get into the 21st century the less attention we pay to the last four decades of the 20th century, not surprisingly. What is bizarre, however, is how, due to massive minds like Ta-Nehisi Coates, we increasingly obsess over housing policy in the middle of the 20th Century, all the while memory-holing the tumultuous events that subsequently ensued when liberals got control of race policy.

For example, from Slate:

Discrimination Is Not De Facto

A new book takes issue with the prevailing view that we can’t understand what causes segregation.

… An essential new book takes square aim at these decisions and the very notion of de facto segregation itself. In The Color of Law: A Forgotten History of How Our Government Segregated America, Richard Rothstein of the Economic Policy Institute concludes that the court was wrong—and still is—when it described racial segregation as the product of private individual choices. …

Rothstein concludes by talking about history; specifically, how it’s taught. Looking at some of the most popular U.S. history textbooks in public schools, he highlights what little they have to say about segregation, especially in the North. This failure to teach children about their country’s history of discrimination, of redlining, of blockbusting, of income suppression leaves people comfortable to assume present inequality is the result of individual decisions and “unknown” factors, not government policy.

So, the TNC Era conventional wisdom is that the current distribution of where people live was locked in stone by FDR’s redlining, the racial covenants in contracts that were outlawed in California in the late 1940s, and so forth. In contrast, events such as the 1968 Fair Housing Act and the massive changes in where people lived in the liberal era can’t have much impact on the present because those events were more recent than the more distant past.

But that raises a number of questions, such as: how many blacks live in neighborhoods today that were black in 1948? 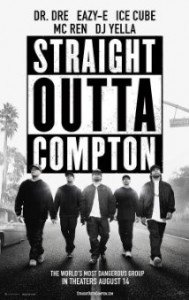 In the late 1940s, it was nice enough that two future Presidents lived in Compton: the Bushes, father and son. Then the California supreme court banned enforcing discriminatory contractual provisions, and this conveniently located suburb close to high paying manufacturing jobs in aerospace with a superb climate shifted heavily toward blacks.

For awhile, Compton with its Bush-quality houses with yards seemed like a huge improvement for the blacks who moved in during the 1950s and 1960s.

But the next generation of young blacks of Compton became world famous for shooting each other over moronic beefs, so more responsible black parents have long been moving out. As of 2010, Compton was 65% Latino, although black politicians still run the place.

You see, when the Bushes lived in Compton, it had Magic Dirt. But they took it with them, leaving only Tragic Dirt. Now that Compton is majority Latino, however, the test scores haven’t improved all that much, but the homicide rate is way down from the N.W.A. Era, because now Compton has Boring Dirt.

Geologists should get a huge grant to study this phenomenon.