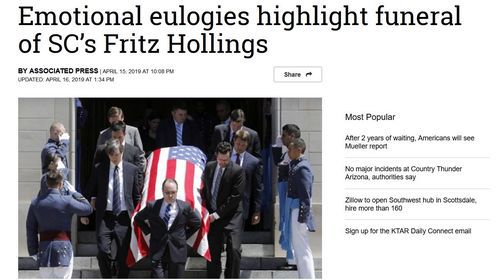 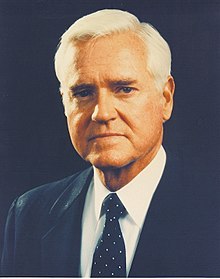 It brought back memories of politics past to hear about the death of Senator Fritz Hollings earlier this month. He lived to 97, after a long life in government from which he retired in 2004, tired of the constant fund-raising needed in his job.

“I’m sick of raising money to get re-elected, so I’m going home to Charleston,” he said at the time.

The senator was known in particular for his leadership in trying to balance the federal budget via the Gramm–Rudman–Hollings Balanced Budget Act. He saw that without some legislative restraint on appropriations, both parties would spend off a cliff, giving us the appalling $22 trillion in debt we have now.

Hollings didn’t like the excessive money in elective politics either — how the cost of campaigning made candidates spend more time shaking the cup than talking with constituents.

Every election rings up a higher tab in campaign money spent by candidates, and government is the worse for it. Nobody even talks about the problem of excessive campaign cash where wealthy special interests are served and the citizen’s welfare is forgotten — such as in the struggle for border enforcement.

So we miss Senator Hollings, who never forgot the meaning of money in politics.