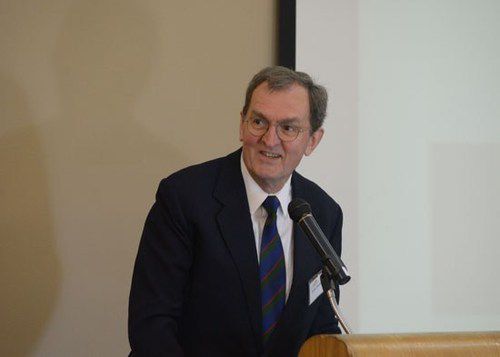 The 2019 conference of Jared Taylor's American Renaissance will take place at the beautiful (and very hospitable) Montgomery Bell State Park near Nashville, Tennessee from Friday, May 17th to Sunday, May 19th. There are fuller details at the AmRen website.

If you like the idea of spending a weekend among well-educated, well-dressed, well-mannered and thoughtful dissidents in a lovely setting, sign up!

The list of speakers includes your indefatigably genial Radio Derb host. The title of my talk will be "The Arctic Alliance Revisited."

Back in October 2007 on another webzine I posted an opinion piece in which I observed that:

A striking thing about the great existential military conflicts of the industrial age, from Napoleon's wars to the Cold War, is that the principal nations involved were European or East Asian. Let's … consider these nations all together: the EuroSinoNippons, or (very loosely speaking) the Arctics.

I went on to note that in the present age these nations have two things in common:

These facts, I argued, suggest that perhaps we Arctics should sink our 19th- and 20th-century differences and come up with common approaches to the challenges of the 21st.

In the twelve years since I posted that piece I have had many, many conversations and email exchanges about it. I have pondered the matter some more, digested many criticisms, taken note of later geopolitical developments, and posted occasional afterthoughts (here, for example). At AmRen 2019 I shall try to summarize it all and bring the idea up-to-date.

I look forward to meeting old friends in Tennessee, and hope to make new ones.