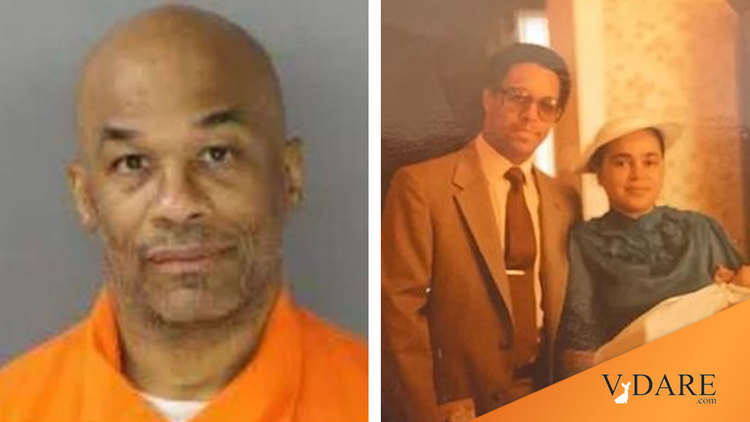 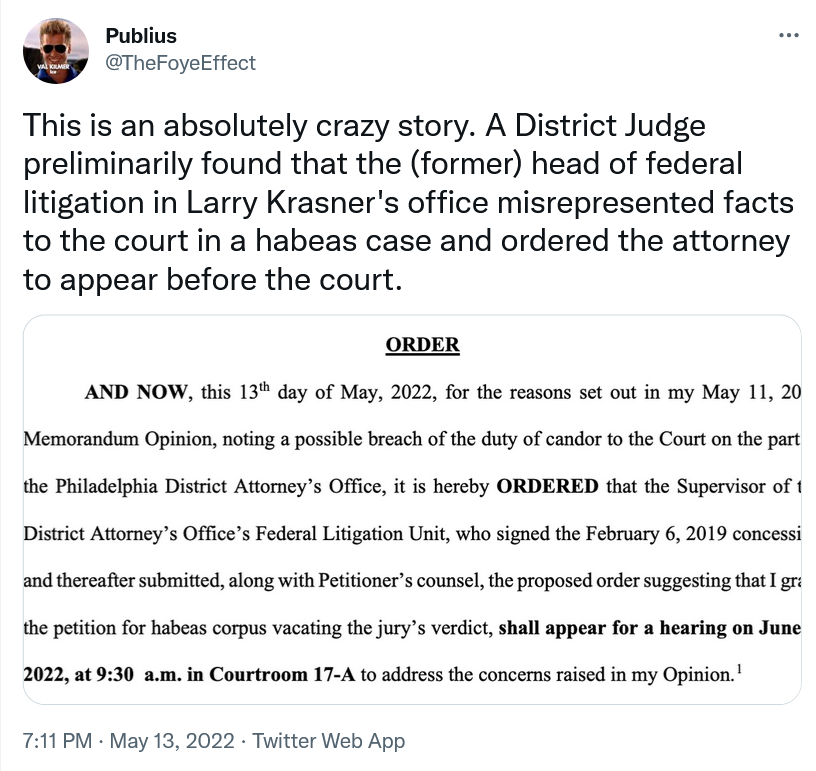 Here's a quote from the decision:

In this ongoing federal death penalty habeas matter, Petitioner Robert Wharton, now joined by the Philadelphia District Attorney’s Office, advocates that I vacate a jury’s sentence of death, affirmed decades ago by the Pennsylvania Supreme Court. Both Wharton and the District Attorney assert that such relief should be granted because trial counsel was ineffective for failing to offer positive prison adjustment evidence during the death penalty phase of Wharton’s trial. Both Wharton and the District Attorney take this position despite the fact that had trial counsel presented such mitigation evidence, Wharton’s premeditated escape from a City Hall courtroom and his subsequent fashioning of escape tools in prison would also have been presented in rebuttal to the sentencing jury.

After considering the record developed during hearings on Wharton’s habeas petition, and having reviewed the matter’s entire history, I conclude that there is no reasonable probability that, but for counsel’s alleged deficient performance, one juror would have voted to impose a life, rather than a death sentence.

This Opinion sets forth the basis for my denial of Wharton’s ineffective assistance of counsel claim and also addresses an issue of possible lack of candor to the Court on the part of the Philadelphia District Attorney’s Office.[More]

Here's what the case is about. In 1984, a black man named Robert Wharton murdered two other black people, Bradley and Ferne Hart, a mother and father, pictured below:

The baby in the picture (Hart) survived, and is still alive. Her parents' killer has been on death row in Pennsylvania since the '80s, in an obvious miscarriage of justice. He should have been executed before the end of Reagan's second term. 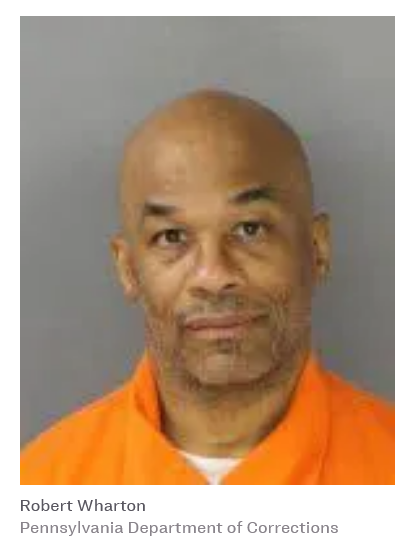 The Philadelphia DA's office, run since 2017 by Soros-backed criminal friendly DA Larry Krasner, has been trying to let this guy get away with murder for some time. The same judge denied them in 2019 [Judge denies Krasner office’s request to vacate death penalty in 1984 double murder, by Julie Shaw, Philadelphia Inquirer, March 4, 2019].

The decision says that the DA lied by omission ("possible lack of candor" is the polite legal phrase Judge Goldberg uses) in concealing Wharton's escape attempt, and his continuing efforts to secure handcuff keys for possible future escape attempts. The DA lied directly by saying he'd consulted the victim's family—and he hadn't.

More from the decision:

While every case is important, determining whether a defendant’s sentence of death should be vacated due an alleged Sixth Amendment violation necessitates meticulous scrutiny, utmost care, and diligence from all involved—the presiding judge and the attorneys. This process must include transparency from the attorneys and complete candor to the court so that all material facts can be considered.

That said, I preliminarily conclude that on two critical issues in this case, it appears that the District Attorney was less than candid with this Court. The first issue pertains to facts known to the District Attorney, but withheld, regarding Wharton’s premeditated escape from a Philadelphia courtroom. This escape was not disclosed to me when the District Attorney requested that I blindly vacate Wharton’s death sentence on the ground that his trial counsel had ineffectively failed to offer positive prison adjustment evidence, and was only brought to my attention after I appointed the Attorney General’s Office.

The second possible instance of lack of candor involves the District Attorney’s representation to me that in reaching its decision to concede the death penalty, and asking that I vacate Wharton’s death sentence, the District Attorney had consulted with the victims’ family. Yet the fully developed record before me reflects that no communication occurred between the District Attorney and the only surviving victim, Lisa Hart-Newman, [the baby in the picture above] and that minimal and woefully deficient communication took place with the siblings of the deceased, Bradley and Ferne Hart.

What this means is that anti-death penalty fanatics inside the Philadelphia DA's office are willing to lie to get one of their pet killers off death row.

This is bad when defense attorneys do it, and worse when the District Attorney, who's supposed to protect the public, does it.

But either way, a lawyer who directly lies to the Court to try to help someone escape the death penalty shouldn't be charged with "professional misconduct," as is suggested in the decision, but with Accessory After The Fact to the murders of, in this case, Bradley and Ferne Hart.