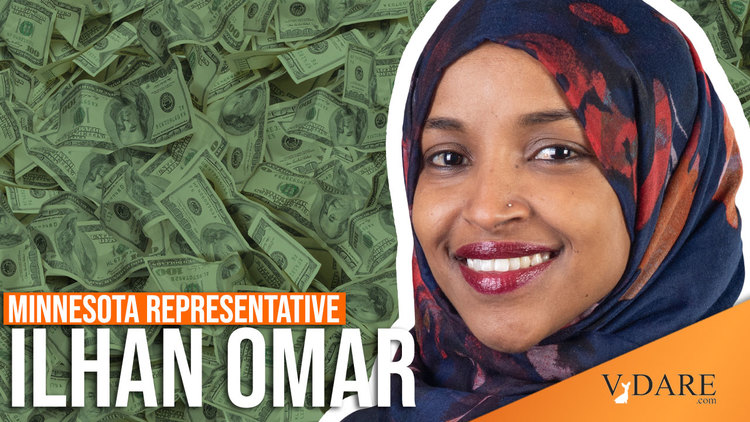 What a shock: immigration fraudster Ilhan Omar, the Somali refugee who pretends she represents Minnesota’s 5th district in Congress, is tight as a tick with some of the Somali grifters named in a federal search warrant in connection with a major fraud case.

That case involves a major non-profit in Minneapolis, a center of Somali refugee resettlement and terror recruitment, and several for-profit business. They robbed the taxpayers of almost half a billion dollars meant to feed “needy” kids, the FBI alleges [$455 million in taxpayer money to MN nonprofits named in FBI search warrants, by Bill Glahn, Center for the American Experiment, January 21, 2022].

The for-profit subcontractors of the main nonprofit were “were run by members of the East African diaspora,” as the Twin Cities Pioneer Press put it [FBI raids Twin Cities businesses suspected of ‘massive fraud’ in child food programs, by Josh Verges, January 21, 2022]:

The businesses named in the warrants include Safari Restaurant and Event Center in Minneapolis, which claimed it was serving 5,000 meals a day, seven days a week, in July 2020.

The FBI said Safari and related companies received more than $10 million in reimbursed funds and “almost none” was spent on food for kids.

One of the owners, Salim Said, allegedly spent misappropriated funds on a $950,000 house in Plymouth with an indoor basketball court, while another owner, Abdulkadir Nur Salah, gave Bock a $310,000 kickback. The FBI alleged Said and Ahmed Omar-Hashim spent $2.8 million on a Minneapolis office building.

Import Africans, and you get what you deserve: African thievery and corruption.

Omar, who married her brother to commit immigration fraud, comes in where you’d expect: with political contributions.

“Rep. Ilhan Omar has partied at and received donations from a business accused by the FBI of stealing millions of COVID relief dollars from children,” it reported. That business would be Safari:

She’s appeared there numerous times and even hosted her 2018 victory party at the restaurant, the owners of which are now accused of stealing millions. …

The restaurant has also donated thousands to Omar’s campaign since the fraud reportedly transpired.

.@IlhanMN supporters chant and dance on stage as results continue to trickle in. The state representative’s #MNPrimary event is at Safari Restaurant in south Minneapolis. pic.twitter.com/4t8EPkN4VB

Again, none of this will surprise VDARE readers. Somali refugees are well known for robbing American taxpayers even before they lie their way into the country.

But not to worry. Diversity is our greatest strength!