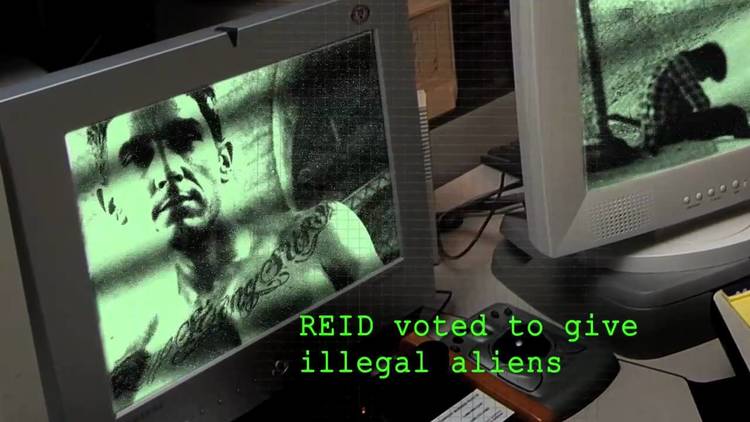 Some of us had our doubts — but Sharron Angle has proved she has what America needs:

The narrator goes on to claim that Angle's opponent, Democratic Sen. Harry Reid, is voting to give illegal immigrants Social Security benefits, tax breaks, and college tuition. Contrasted with a mug shot of a young Hispanic man in a bandana is a classroom full of eager white children. "Harry Reid: it's clear whose side he's on," the narrator says at the end of the ad. "And it's not yours."

This ad …leaves no question about who Nevadan voters should fear. Angle's ad may join Horton and "hands" in racial messaging infamy, but both of those ads saw a political pay-off.

The Treason Lobby of course is against effective opposition advertising. They much prefer stupidities like Meg Whitman’s eight-figure fiasco. So do many Republican Campaign Consultants.

But Sharron Angle got to the point

”it's clear whose side he's on…And it's not yours."