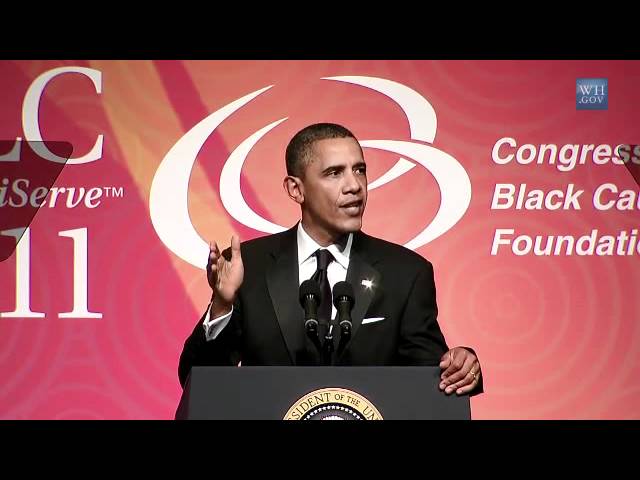 You're all I need!  Obama at Congressional Black Caucus event.

So President Obama is using the Sailer Strategy: mobilize your natural ethnic support!

"President Obama’s campaign is developing an aggressive new program to expand support from ethnic minority groups and other traditional Democratic voters as his team studies an increasingly narrow path to victory in next year’s reelection effort. The program, called “Operation Vote,”… will function as a large, centralized department in the Chicago campaign office for reaching ethnic, religious and other voter groups. It will coordinate recruitment of an ethnic volunteer base and push out targeted messages online and through the media to groups such as blacks, Hispanics, Jews, women, seniors, young people, gays and Asian Americans." Obama 2012 campaign’s Operation Vote focuses on ethnic minorities, core liberals By Peter Wallsten The Washington Post September 24, 2011

Does this mean the GOP leadership will feel free to do the same? We at VDARE.com are not holding our breath.

Some may feel this is simply an acceptance of what has been already happening. Increasingly the electorate is realizing this is a Minority Occupation Government. Others may wonder, once again, if Obama can count. And it does seem clear that he proceeds by some romanticized and subjective process by which some communities are more important than others, regardless of numbers.

But unfortunately there is another element. In Defeating Obama: Could GOP Prospects Stand The Rage? I quoted an astute comment from a correspondent Larry Auster’s blog, saying that

“…rage, hate, and insanity… will emerge full-force against the candidate who takes on Obama, and will be doubled if he wins. The Republican candidate will have to have a very strong character to withstand that hate and to govern effectively. Does Romney want to win badly enough to go down in history as "the man who defeated the First Black President"? If he wins, will Romney spend his entire time trying to appease liberal rage by governing as a liberal?”

This is particularly true given Obama’s likely slogan:

Vote for me…Or Else!

A lot is always said about the electability of this or that GOP contender. The more important question is: will he or she have the steel to govern?