Ron Unz on UNZ.org: "A Million Readable Articles and Books at Your Fingertips" 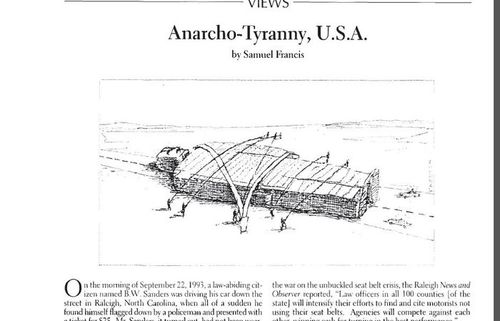 After many months of difficult work, I’ve now finally released my new content-archiving website UNZ.org, providing convenient access to over a million readable articles and books written by hundreds of thousands of authors. The system also provides links and references to another million articles not readable for copyright reasons.

The collection includes the near-complete archives of hundreds of English-language periodicals from the last 150 years, some of which were once among the most influential in America, but have subsequently been forgotten. Most of this material has never been previously available anywhere on the Internet.

As one example of its usefulness, Harvard University’s Nathan Glazer some time ago contacted me and asked my assistance in locating a couple of articles published during the 1940s by an old friend of his in Dwight Macdonald’s Politics. Although Harvard boasts the renowned Widener Library, one of the largest in the world, locating the articles might have normally taken hours or even days, while I found them within five minutes, as well as several of his own articles from that same era (for copyright reasons, only the pieces in Politics are readable).

As another example, just after I released the system late last week, someone stumbled upon Friedrich Hayek’s article about his cousin the noted philosopher Ludwig Wittgenstein published in the August 1977 issue of Encounter, and within a day or two, nearly three thousand people had read the article, probably for the first time. I’ve previously written about the enormous influence of that vanished magazine, originally funded by the CIA, which arguably functioned as a major taproot of both the neoliberal and neoconservative ideological movements.

I would hope that these millions of newly available pages of high-quality content may prove a major resource for historians and other academics.

Given the vast quantity of the material and the lack of previous organization, I have developed a number of software systems to maximize the accessibility.

First, all the material is grouped in variety of different ways, including stratification by author, publication, date, and general topic, while the full contents of each particular issue of a periodical are also presented in a table-of-contents format. Book reviews and the books reviewed are directly linked to each other.[More]

Here are some of the author archives: Reading some of these old articles will work better on an iPad, because they have double column formats, like the Sam Francis article whose image is at the top of the column.