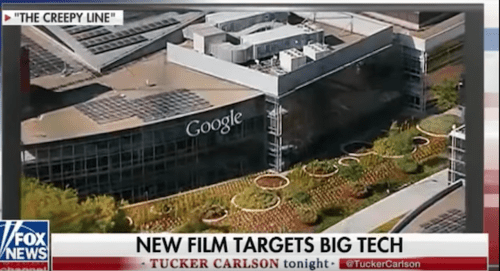 Dr. Robert Epstein has appeared with Tucker Carlson and on the Breitbart radio show to explain how Google and other social media can affect voters by choosing what data is shown.

During an August appearance with Tucker, Dr. Epstein remarked, “So I have an article coming out very soon about ten different ways that these big tech companies can shift millions of votes in November; in fact I calculate this November they’ll be able to shift upwards of 12 million votes just in the midterm elections.”

He also calls Google a “surveillance tool” that should be avoided.

Dr. Epstein recommends the upcoming film “The Creepy Line” in which he appears. 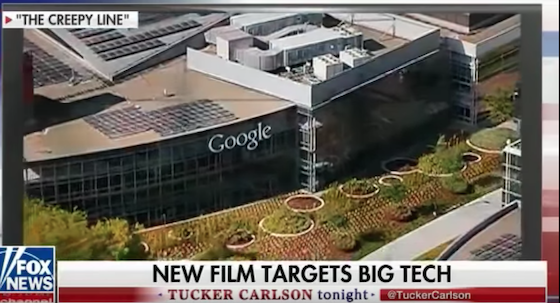 He appeared on the September 12 edition of Breitbart News radio, where a topic was the recently leaked video of Google headquarters bemoaning the Trump election in 2016. He noted that many companies have political leanings, but none have “the power that Google has to shift the thinking, the opinions, the values, the attitudes, the voting preferences, the purchases of more than two billion people around the world without people knowing that they are doing it — that’s the difference.”

His USA Today opinion piece is particularly timely with the fall election coming up:

Not just conservatives: Google and Big Tech can shift millions of votes in any direction, By Robert Epstein, USA Today, September 13, 2018

Donald Trump is more right than he knows. My research suggests Google and Big Tech can manipulate voters in ways that threaten democracy and autonomy.

I am not a Trump supporter. I’m not even a conservative. But I love America and democracy, and I defend truth when I see it, and President Donald Trump is not only justified in expressing misgivings about Google and other tech companies — he seems to have no idea just how big a threat Google-and-the-Gang pose to both democracy and human autonomy.

In a forthcoming article in Fast Company, I have detailed 10 different methods Big Tech companies can use to shift millions of votes in the midterm elections with no one knowing they’re doing so and without leaving a paper trail for authorities to trace — upwards of 12 million votes, by my calculations. These powerful new means of manipulation make fake news stories and targeted ads, sources of influence that are both competitive and visible, look like kid stuff.

I’ve been a research scientist for nearly 40 years, and for more than five years now, I’ve been discovering, studying and quantifying new methods of influence that the internet has made possible. Two of these methods — the Search Engine Manipulation Effect (SEME, pronounced “seem”) and the Search Suggestion Effect (SSE) — are among the most powerful types of influence ever discovered in the behavioral sciences.

My randomized, controlled and peer-reviewed research on SEME shows that when one candidate is favored in search results, that can easily shift the voting preferences of undecided voters by 20 percent or more — up to 80 percent in some demographic groups. My new research on SSE suggests that (a) Google is manipulating opinions from the very first character people type into the Google search bar, and (b) by manipulating search suggestions (those phrases they flash at you while you’re typing your search term), Google can turn a 50/50 split among undecided voters into an astonishing 90/10 split.

Those boxes they often show you at the top of the results page, the so-called “featured snippets,” also shift votes and opinions, possibly boosting the impact of SEME by between 10 and 30 percent.

Is there evidence of actual favoritism in Google’s search engine? Well, the European Union certainly thinks so, having fined Google $2.7 billion last year for having biased search results. In the months leading up to the 2016 election here in the U.S., I led a team that used objective methods to preserve 13,207 online election-related searches and the 98,044 web pages to which the search results linked. These data showed that Google’s search results favored Hillary Clinton (whom I supported) in all 10 positions on the first page of search results — enough, perhaps, to have shifted two or three million votes in her direction over time.

Was this just, as Google likes to claim, an “organic” phenomenon — you know, something Google’s algorithm did all by itself based on user preferences? (What an idiotic claim. I mean, who wrote the algorithm that acts on those preferences?) Maybe — except that I found pro-Clinton favoritism in searches originating in red states, not just in blue states.

As for Google’s vacuous denials about having political preferences — defended uncritically in recent days by reporters like CNN’s Hadas Gold — let’s review: Google’s Eric Schmidt not only helped supervise Obama’s tech teams in 2008 and 2012, he also offered to supervise Hillary Clinton’s entire tech operation and bankrolled a highly secretive tech operation, The Groundwork, to assist her campaign. Clinton’s Chief Technology Officer was Stephanie Hannon, a former Google executive, and more than 95 percent of the company’s political donations have gone to Democratic candidates in recent elections.

That said, the problem is not about hurting conservatives; it’s much bigger than that. Google has also been accused of suppressing socialists and progressive groups. And whatever the company’s political preferences are today, they could change tomorrow, both in the U.S. and other countries. Democracy itself is at stake here.

There’s nothing wrong with a company supporting one candidate or party — Microsoft was one of Clinton’s biggest donors, after all — but no company in the history of the world has had the ability to shift votes and opinions to the extent and on the scale that Google has. When there are signs that Google is supporting one candidate or cause, we need to pay close attention to what it is showing people. (Continues)